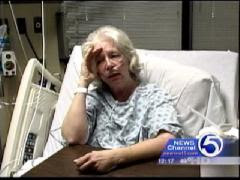 A friend sent me the link to this news story the other day.

In this Culture of Death, I never ceased to be amazed with the miraculous.

This story highlights, yet another person, not quite dead yet, who suddenly and amazingly woke up. Her family said their good byes, and had pulled all of her life supports tubes except for her mechanical ventilation while they had a discussion on donating her organs after she had died.

And she just woke up. And she woke up talking. The video of her is amazing.

Why the rush toward death?

Boomers Too “Special” to Die Naturally?

Should Dehydration Be the Default Decision for PVS?