Organ Mobsters Now in the West 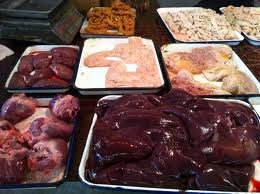 The European financial crisis has opened up a new black market opportunity — in human organs and body parts. From the New York Times story:

With Europe roiled by financial upheaval, experts say that the black market for human organs — traditionally based in China, India, Brazil and the Philippines — is expanding to crisis-hit Western countries like Greece, Spain, Italy, and poor Balkan nations like Serbia. Vulnerable, desperately poor people are seeking to sell their kidneys, lungs, bone marrow or corneas, abetted by the Internet, unscrupulous organ traffickers and a global shortage of organs for transplantation. In heavily indebted Greece, a 46-year-old businessman from Piraeus recently said that the only way to save his family from ending up on the streets was to sell a kidney for €100,000, or $123,000. He told the Greek media that he had even hired a private investigator to help him find a buyer.

Elsewhere in Spain, Italy and Russia, dozens of advertisements by people peddling everything from kidneys to hair, sperm and breast milk have turned up on the Internet, with asking prices for lungs as high as €250,000. The trade has also migrated to the United States, where, experts say, there have been several recent cases of poor undocumented immigrants selling their kidneys via Web sites like Craigslist to scrape by.

Organ brokers are criminals, but they are hard to catch because they remain in the shadows. But organ harvesting is major surgery and it is hard to hide. Perhaps here is the weak link that law enforcement should focus on — say by paying whistle blowers handsomely for dropping a dime — to break the organ criminal syndicates. The time has come to make the consequences for medical professionals who sell their services to organ mobsters really not worth the risk. No doctors, no nurses, no hospitals, no organs harvested.