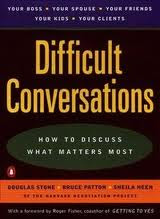 I have little sympathy for a lawsuit that has been filed against the California Transplant Donor Network. Apparently, it received consent from a family for limited organ retrieval, but may have gone further than the family wanted or agreed to. And now, in the unfortunate American tradition, they have sued. From the Courthouse News story:

A family says the California Transplant Donor Network pressured them into donating the organs of a recently deceased relative, then mutilated the body so badly they could not have a viewing at the funeral. After George Eisenbeis died on Apr. 30, 2011, the California Transplant Donor Network repeatedly contacted his family “for the purpose of inducing and/or coercing plaintiffs to donate all, or portions of, Mr. Eisenbeis’ remains,” according to the complaint in San Joaquin Superior Court. Though the family agreed to “a limited donation of portions of Mr. Eisenbeis’ remains,” they claim to have insisted that the company restore the remains “with dignity and respect so that the family could have a viewing at the funeral.”

It sounds like the corneas were taken, because evidence of the the taking of vital organs could be hidden by clothes.

And where did the Courthouse News come up with the term “organ mill,” which was not in quotes but seems to have been a characterization by the reporter:

They claim that the transplant mill’s actions violated California’s health and safety codes, resulting in the mutilation of Mr. Eisenbeis’ corpse. Though the family admits to giving their consent for “a limited recovery,” they says they never consented to any procedure that would conflict with their intent to have the body viewed at the funeral.

That was an unfair characterization without evidence to back it up in the story. And in this field, we shouldn’t be unnecessarily provocative because lives are at stake in the decisions made by families about whether to donate.

Obviously, what we had here was a failure to communicate. And that can happen. The organ professionals are certainly intent on obtaining organs. The health and lives of very sick patients hang in the balance. At the same time, these things often involve a sudden catastrophe, and the family is in a state of stun, shock, and grief. That can easily lead to miscommunication.

I once sat in on an organ consent conference with the permission of all parties. I was very impressed with the professionalism of the transplant professionals and the caring of the family, which in their grief, were thinking of other people and seeking to apply the values of their deceased loved one. It is an intense time, and the questions asked on the consent forms are very specific. But as I said . . .

Clearly, organ procurement networks should never go beyond the scope of the consent given. If the California Network did, I suppose there should be a cost to pay, although I can’t see the damages as being particularly high. The donor wasn’t actually hurt. And how much damages should be paid because the family had a closed instead of an open coffin funeral?

But that point aside, even if the procurement was wrongly conducted, it was not “mutilation” of the body. It was using proper surgical techniques to retrieve still viable tissues to help living patients.

Circumcise to Save Billions in Medical Costs