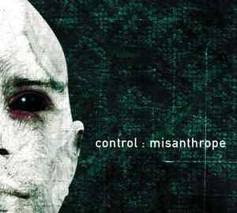 Misanthropy is the sickness of the West. We see it expressed in global warming hysteria, radical environmentalism, animal rights, and other areas of concern — including assisted suicide/euthanasia advocacy. And now, Brendan O’Neill, editor of Spiked, nails it in the Telegraph. From “What Sort of Misanthrope Campaigns for the Right to Die?”:

The rebranding of voluntary euthanasia as the “right to die” speaks to today’s profoundly misanthropic outlook. What is really happening here is that influential commentators and campaigners are dolling up their own, highly individuated fears for the future as a libertarian issue, turning their hypochondriacal panic about ending up as helpless into a liberal cause, as if fighting for the “right to die” were on a par with earlier generations’ struggle for the right to free speech or protest. They plunder the libertarian language of the past in an attempt to prettify an agenda which is fact depressing and miserable, all about the end of autonomy rather than the meaningful exercise of it.

And the campaign for the “right to die” also seems to be implicitly bound up with today’s broader inability to value and celebrate human life. Ours is an era in which newborn babies are referred to as “carbon footprints” and elderly people are looked upon as “bed blockers”. We now tend to view human beings as a burden, whether of the environmental or economic variety. It is surely no coincidence that the “right to die” should have become such a celebrated cause at precisely a time when human life came to viewed as a bit of a curse, certainly not an unalloyed good.

Yes, indeed. And too often, it means we don’t want to have to care for each other — sometimes including our parents — that is, we are more than willing to have others put themselves out of our misery.

‘Cuties’ Exposes the Rot in Our Culture