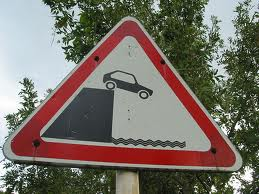 A California woman has been arrested for assisting the suicide of an elderly man. From the Sacramento Bee story:

The motive for Koency’s suicide was not immediately released, but prosecutors said he was not terminally ill, bedridden or immobile. ”People are to some degree conditioned to hear about these cases when you have an elderly person who is terminally ill, who is in pain, who has zero standard of living or close to it,” said Ebrahim Baytieh, senior deputy district attorney in Orange County. “This is not that kind of case.” Barrett was taken into custody at her home in Laguna Woods and remained jailed on $25,000 bail. She could face three years in prison if convicted. It was not immediately clear whether she had an attorney.

Prosecutors contend that Barrett and Koency met a few years ago and occasionally gathered at Starbucks with a larger group. On the morning of Sept. 30, Barrett is suspected of driving Koency to make arrangements at an office of the Neptune Society, which performs cremations, then to a store to buy yogurt, brandy and medication for heartburn. The medication is used to prevent acid reflux, which often occurs when a person takes a large amount of pills, prosecutors said. Barrett then drove Koency back to his apartment where she crushed a lethal amount of the powerful painkiller Oxycontin and mixed it in the yogurt, authorities claim. She is accused of giving it to the veteran, who ate it, went into his bedroom, laid down and died.

Why should his health make any difference? If the man wanted to die, he wanted to die. Who is anyone to criminalize someone willing to help him?

Do you see now the harm that the euthanasia movement is doing? It has already desensitized us — even prosecutors — to helping knock off the seriously ill and disabled. This victim was apparently not either of those. But so what? If it’s not okay here, it shouldn’t be okay there. Or, if it is okay there, why not here? Or does our value depend on our state of health and ability?

Just give it time. Once we can help kill the sick who want to die, it won’t take long for the depressed and the “tired of living.” Indeed, that has already happened in the Netherlands, Belgium, and Switzerland, societies that have a far more advanced euthanasia consciousness. The assisted suicide road leads to death-on-demand, if only, by the sheer force of logic.

More Reality than Science Fiction: A review of the novel Mother of Invention