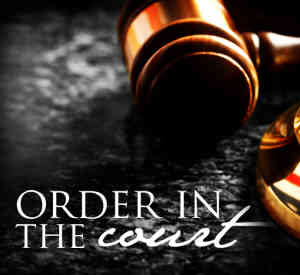 I have written that I suspect the fix is in with regard to the pro assisted suicide lawsuit filed in British Columbia. But at least the Canadian Government is fighting the good fight. Marcia Angell, the former editor of the NEJM–and a wildly emotional euthanasia proponent–is offering testimony as an “expert” in the case. The government is resisting for some good and valid reasons. From the Globe and Mail story:

Judge Smith’s decision on Wednesday came after Megan Volk, representing the federal government, told the court that Dr. Angell should not be recognized as an expert witness because she is an advocate for euthanasia and because her experience and training doesn’t involve original research.

Ms. Volk said Dr. Angell – whom the plaintiffs called to testify “on the medical ethical dimensions of this case,” – can only offer opinion and argument. She pointed out that Dr. Angell had signed a petition calling on the state of Massachusetts to make physician-assisted suicide legal and that as an editor for the New England Journal of Medicine, she had written several articles supporting the practice. “It is clear that Dr. Angell is deeply passionate about [advocating for] assisted suicide … In doing so, she has sacrificed her impartiality,” said Ms. Volk, who argued expert witnesses need to be objective to help the court.

Exactly. As I recall, Angell supports legalizing assisted suicide because her father killed himself with a gun when he was diagnosed with a terminal illness. She has said, rather notoriously, that not enough Oregonians are committing assisted suicide under that state’s law. She is a blatant advocate, not a dispassionate expert witness. In other words, she would not be presenting dispassionate analysis, for example, explaining the various methods of pain control. She is there to give her subjective opinion about what a proper policy would be, which, as I will explain below, is irrelevant to whether the BC law is constitutional.

But let’s look at this a bit deeper and whether any bioethicist’s testimony is proper in cases such as this. I believe not. As stated above, Angell’s testimony as a bioethicist is offered as an informed opinion on the ethics of assisted suicide. Who cares what her opinion is? This case challenges a law based on constitutional principles. Or to put it another way, the case isn’t–or at least shouldn’t be–about whether the law against assisted suicide is good or bad policy. Rather, it should be about whether–advisable policy or not–criminalizing assisted suicide is within the constitutional authority of BC. Unless court’s are really just legislatures of last resort–often the case these days, alas–Angell’s opinion about that question–as mine would be–is irrelevant unless she qualifies as an expert on the Canadian Constitution. Thus, while I believe a constitutional expert could give an expert opinion in this case, Angell as a physician and bioethicist should not.

But Wesley, some might say, you have testified before legislative committees as an expert in this field. Indeed I have. But I did so in the context of trying to assist legislators decide proper policy. That’s a different matter altogether than determining whether an already democratically enacted policy is constitutional. Thus, in the legislative forum, Angell’s testimony would be absolutely appropriate. But that isn’t the same thing as telling a judge she should find a law unconstitutional based on her (Angell’s) subjective feelings that assisted suicide should be legal.

Stem cell debate should look at all the options

Making An Impact With Our New Documentary