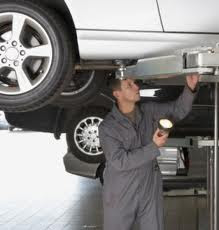 Readers of my writings know that I have grown increasingly concerned at the deprofessionalization of medicine. Part of this is a self deconstruction in which medical organizations and many bioethicists have reduced doctors to so many order taking technocrats with their implacable opposition to medical conscience rights.

Physicians and other health care workers are also being deprofessionalized by the engineering of the words we use to describe their roles–as in my just using the term “health care workers” instead of “medical professionals.” Some have noticed and are none too pleased. From an interesting article in the New England Journal of Medicine by Pamela Hartzband, M.D., and Jerome Groopman, M.D., entitled, “The New Language of Medicine:”

Now, we find ourselves learning anew language of medicine filled with words that seem familiar yet feel foreign. Patients are no longer patients, but rather “customers”or “consumers. Doctors and nurses have been transmuted into“providers.” These descriptors have been widely adopted in the media, medical journals, and evenon clinical rounds. Yet the termsare not synonymous. The word“patient” comes from patiens, meaning suffering or bearing an affliction. Doctor is derived from docere, meaning to teach, and nurse from nutrire, to nurture. These terms have been used for more than three centuries.

It is remarkable to me how complicit the Medical Establishment is in all this. Rather than acquiece in deprofessionalization, they should be the first defense. Why these changes?

We are in the midst of an economic crisis, and efforts to reform the health care system have centered on controlling spi-raling costs. To that end, many economists and policy planners have proposed that patient care should be industrialized and stan-dardized. Hospitals and clinics should run like modern factories,and archaic terms such as doctor,nurse, and patient must therefore be replaced with terminology that fits this new order.

But that is precisely when professionalism is the most important to defend. During the occupation of the Netherlands, when the Nazis attempted to force doctors into a dual mandate of looking out for the interests of the state as well as of patients–the predicate to the euthanasia pogrom then ongoing in Germany. Dutch doctors refused, and in March 1943, engaged in civil disobedience. They took down their shingles, refused to sign birth and death certificates, and resisted every attempt to destroy their fiduciary professional obligations to their patients until the occupiers backed down. If those courageous doctors could fend off Nazis, surely today’s can stand athwart bureaucratic maneuvering and lexicon engineers!

The words “consumer” and“provider” are reductionist; they ignore the essential psychological,spiritual, and humanistic dimensions of the relationship — the aspects that traditionally made medicine a “calling,” in which altruism overshadowed personal gain. Furthermore, the term “provider” is deliberately and strikingly generic, designating no specific role or type or level of expertise.Each medical professional — doctor, nurse, physical therapist, social worker, and more — has specialized training and skills that are not recognized by the all-purpose term “provider,” which carries no resonance of professionalism…Rather, the generic term “provider”suggests that doctors and nurses and all other medical professionals are interchangeable. “Provider” also signals that care is fundamentally a prepackaged commodity on a shelf that is “provided” to the “consumer,” rather than something personalized and dynamic, crafted by skilled professionals and tailored to the individual patient.

Yes. Bring on the Mao jackets. They conclude:

We believe doctors,nurses, and others engaged in care should eschew the use of such terms that demean patient and professional alike and dangerously neglect the essence of medicine.

This is especially important for the sake of patients. A technocrat has no fiduciary obligations to his customer. A doctor does to her patient. And therein, lies the fundamental danger to the weakest and most vulnerable patients in a milieu in which doctors are reduced to so many aprofessional biological repair technicians.

This Week in Bioethics #113