Attack of the Euthanasia Organ Harvesters 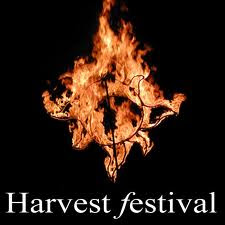 In my first article against euthanasia/assisted suicide — published in Newsweek in 1993 — that legalization would inevitably lead to organ harvesting “as a plum to society.” As I have reported here and elsewhere, the harvest is now being reaped in Belgium — and doctors there have even been rallying support for the policy with a Power Point presentation given at symposia and by publishing reports in medical journals.

The Belgians have ramped up their organ harvesting campaign from euthanasia cases in Applied Cardiopulmonary Pathophysiology (15: 38-48, 2011) to discuss the harvesting of lungs. I reported on this before, but there is more to add.

Note that one of the four killed and harvested had a mental illness, described in the paper as self mutilation. The others had neuro or muscular diseases or disabilities — such as multiple sclerosis — the group previously targeted by the euthanasia harvesters because of the good quality of their organs. From “Initial Experience with Transplantation of Lungs Recovered From Donors After Euthanasia:”

The donors suffered from an unbearable physical (n=3) or mental (n=1) disorder. All donors explicitly and voluntarily expressed their wish to become an organ donor once their request for euthanasia was granted . . .

So, let’s be clear: Mentally ill and disabled people are being euthanized and harvested in Belgium! But rather than an outcry, instead we merely have learned journal articles dispassionately describing the whole thing. To use a metaphor: Jack Kevorkian is euthanizing Hippocrates — and the world yawns. Unless the euthanasia organ harvest is outlawed, it will mark the end of medical morality.

Breeding Out Disease (Or Gender)

Pushing for Death on Demand