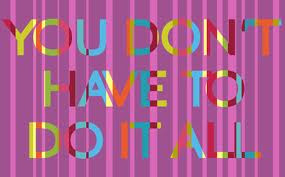 A tragic letter was published in the current British Medical Journal (no link). It is from a Dutch doctor who has twice euthanized patients, but now prefers terminal sedation, in part, because of the stress killing causes her. She ends her letter on a poignant note. From the BMJ BMJ | 6 AUGUST 2011 | VOLUME 343:

Although as a doctor I favour euthanasia, as a person I find it hard to perform. It is a great burden on my personal life and causes me extreme stress. The days before I performed my second (and so far last) euthanasia were very emotional. I shifted between enjoying life and extreme sadness that life had nothing to offer my patient that could make up for the suffering she experienced. There is also the stress of doing it right and waiting to see whether the committee decides you abided by the rules and will not prosecute.

Euthanasia law grants a patient the right to determine what is and is not psychologically and physically bearable. As a doctor I sometimes feel caught between my desire to do well and the fact that I have to be the means to a patient’s self determination. I wanted to be a doctor to help patients, not to kill them.

So, don’t kill them, Dr. Silvius. It is a line no doctor should cross. Killing isn’t medicine. Euthanasia isn’t mercy. It is abandonment.

Still, this letter illustrates a point rarely made: Euthanasia/assisted suicide isn’t ultimately about “patient choice,” but that of the doctor. If you ask to die and he or thinks your life not worth living, you get the poison. If not — of if it upsets the doctor’s “personal life” too much — you don’t.