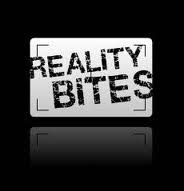 Why do people keep saying that assisted suicide is about terminal illness when nothing else can be done to alleviate suffering, when that premise is patently untrue? Latest example: A UK woman went to Switzerland for assisted suicide to ensure she did not experience the decline associated with old age. From the story:

Nan Maitland, who suffered from arthritis but was active and not terminally ill, left a note saying she wished to escape the “long period of decline, sometimes called ‘prolonged dwindling’, that so many people unfortunately experience before they die”. Mrs Maitland, who was separated with three children, founded an organisation that campaigns to allow elderly people who are not terminally ill to commit suicide with medical aid. Her case has led to accusations that relaxation in the law on assisted suicide will lead to people dying who could have continued to lead meaningful lives. Dr Peter Saunders of Care Not Killing, a group of organisations campaigning against assisted suicide, said yesterday: “Any change in the law would place pressure on vulnerable people to end their lives so as not to be a burden.”

This “meaningful lives” nonsense is so bigoted! People go through difficult times, and often adjust. To say that suicide is okay for those without “meaningful lives” abandons such people to their own worst fears and self concepts.

But to answer my original question: Because looking at this issue square in the face would force people to see the true hard coldness of the assisted suicide thing. It’s much easier — especially for media — to pretend. After all, they’ve turned the ghoul Kevorkian into a harmless Muppet. If you can do that, you know how to avoid reality!