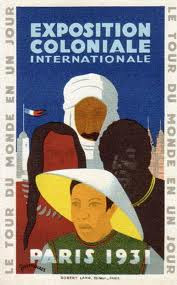 The problem of biological colonialism, in which the rich exploit the bodies of the destitute — for organs, as surrogate gestating units, and for eggs, etc. — has got to be stopped. It is exploitation of the most crass kind. And now, New South Wales, Australia, is putting its muscle to the oar of this important cause. From the story:

Community Services Minister Linda Burney has introduced legislation extending the ban on commercial surrogacy to overseas arrangements. The intention is to stop women from the third world being exploited, but many prospective parents in Australia are unhappy about the change. Ms Burney was concerned not just about poor women from third world countries being exploited, but also about the welfare of the child, especially when the surrogates are also donating the egg. “If we are banning commercial surrogacy in Australia, why would we allow it to take place somewhere else?” she said.

It shouldn’t be allowed anywhere, in my view. But particularly not in situations of such grossly unequal bargaining position. And what happens if the biological parents are displeased with the product of their purchase? The baby winds up in an orphanage.

Some are angry at being restricted. But no one is entitled to exploit another person’s body to get what they want for themselves. More of this, please.

Could Stem Cell Research Allow A Man to Become a Mother?

Medical Conscience: All Dutch Doctors Must be Complicit in Euthanasia Killing