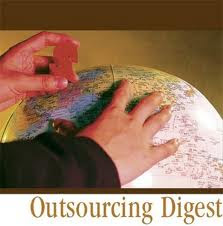 Imagine being so destitute that you are willing to rent your womb for gestation — and then give up the child that you have nurtured to birth. Imagine being so well off, you pay another woman to do your gestating — perhaps because you can’t carry a child, but also perhaps because you don’t want to go through the experience. Either way, it seems to me, this is rank biological colonialism, e.g. exploiting the destitute or those in a weaker position by literally using their bodies of for your own benefit. Personal pain does not justify taking advantage of another.

A story to which I was alerted by the splendid Bioedge illustrates the point. Apparently American parents are sending their embryos to India by Federal Express for others to gestate. From the story in the Times of India:

MUMBAI: The customs department seized a batch of frozen embryos three days ago, despatched from the US and meant to be implanted in Indian surrogates. Two foreigners acting as couriers for the importer, Dr Hrishikesh Pai—an IVF consultant at Lilavati Hospital—were held. Pai insisted ICMR guidelines allowed such imports, but that the Customs Manual did not reflect this.

This is exploitation, no matter the motive. The poor women being hired as living uteri are nowhere near being in an equal bargaining position. The harm to her — whether emotional, physical, social, or spiritual — can be pronounced. And the harm to the child, who may not be wanted by the biological parents and for a variety of reasons, end up in an orphanage — as has happened — a clear and present danger.

I hope India moves to outlaw these transactions. Nobody should be treated as a brood mother.