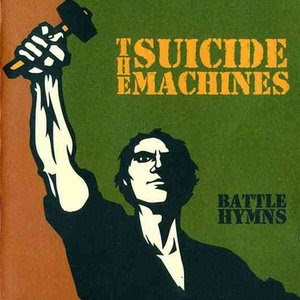 Most advocates for legalizing assisted suicide, particularly in the USA, pretend that theirs is a limited agenda, designed for only the “terminally ill,” or the “hopelessly ill” to achieve “deliverance.” In actuality, assisted suicide ideology believes we have absolute ownership of our bodies, and as a consequence,–either implicitly or explicitly–we should be entitled to assisted suicide for whatever reason we want.

Australia’s Philip Nitschke was very clear about this in the NRO years ago, saying that suicide pills should be available in supermarkets, even available to “troubled teens.” Ludwig Minelli, who has reportedly become a millionaire helping people kill themselves, says likewise in this BBC interview. From the interview:

Can I ask you about the Dignitas philosophy on people who would come to you who are mentally ill rather than physically ill? Why you think it’s okay to help someone with a major mental illness like schizophrenia to commit suicide?

As a human rights lawyer I am persuaded that the right to make an end of life decision belongs to every person who has capacity of discernment, most persons with mental illness have full capacity of discernment, of course. And I think this capacity to make an end of life decision should also apply to a healthy person, so the British discussion about terminally ill persons is completely obsolete. And I want to implement this last human right.

What if someone came to you who was neither physically nor mentally ill but expressed the wish to die. Would you be able to help them?

The logic is impeccable. If choosing the time, manner, and method of death is the “ultimate civil right,” how can it be limited logically to people with serious physical conditions.

Moreover, because the second ideological pillar of assisted suicide/euthanasia is that killing is an acceptable answer to human suffering, it opens the door to non voluntary and even involuntary euthanasia–as we have seen happen in the Netherlands and Belgium. And, with money tight, the real threat exists that assisted suicide will be offered instead of expensive life-extending treatments. Oh yea, that has already happened in Oregon.

Assisted suicide/euthanasia is bad medicine–actually, it isn’t really “medical” at all, as Minelli’s lay suicide clinic illustrates–and even worse public policy that opens the door to abuse and abandonment of the vulnerable despairing and expensive for which to care.

Ball of Confusion or Ball of Disorder?