The Fallacy of Intelligence and Genetic Determinism

By Kathleen Sloan, Consultant to the CBC

Once again, the mainstream media has jumped on the bandwagon of the latest attempt to link intelligence with genetics, hailing the “wunderkind” behind it. The Wall Street Journal of February 16, 2013, grabbed attention with the headline “A Genetic Code for Genius?” Any serious geneticist would easily dismiss such quixotic claims. The danger here is that the general reader gullibly swallows this snake oil.

Zhao Bowen, the “wunderkind” in question, is a 20 year-old high school dropout who interned with the Chinese Academy of Agricultural Sciences where he commenced his genetic studies by participating in a project to sequence the cucumber genome. Soon after, Mr. Bowen started to work for BGI, one of the largest genomics research centers in the world. Nominally private, BGI receives half of its’ funding from the Shenzhen government where it is based.

Located near Hong Kong on the Chinese mainland, BGI created a cognitive genomics unit in 2010 and named Zhao as its director. Barely established in the position, Bowen met Stephen Hsu, a theoretical physicist from the University of Oregon, during a visit to BGI and the two quickly teamed up to launch the BGI intelligence project.

The goal of their project is to identify genes that contribute to intelligence by studying the genomes of exceptionally intelligent people, particularly those with PhDs in physics or math from elite universities. They then plan to compare the genomes with DNA samples from the general population. Most of their “genius” samples come from participants in a similar study based at Vanderbilt University in Tennessee that has been underway for 40 years.

BGI will compare the genomes of 2,200 high-IQ individuals with a similar number drawn from the general population and will publish their findings this summer. Their efforts could provide the foundation for a genetic test to predict inherited intelligence. This is where the trouble begins and where actual science sharply diverges from attempts to reify genetic determinism.

For those unfamiliar with genetic or biological determinism, it is a scientifically discredited construct that posits that biological factors such as an individual’s genes (as opposed to social or environmental factors) completely determine a person’s destiny. As Pilar Ossorio, Professor of Law and Bioethics of the University of Wisconsin at Madison has noted: “Over the past two centuries, biomedical science has, at times, provided justification for white privilege. Science has been used to support the proposition that differences in achievement reflect innate differences in ability among racial groups. Some will look to molecular genetics to provide scientific justifications for racial inequalities.”

Messrs. Bowen and Hsu are adherents of the Hereditarian theory of IQ which falsely asserts that intelligence is genetically-based and permanently fixed, ignoring the overwhelming influence of one’s environment, genotypic and phenotypic (or trait) variation. No research has demonstrated a causal connection between a particular gene variant and a particular degree of cognitive skill.

Cognitive abilities are complex and influenced by a myriad of environmental factors and genes. Given the complexity of the brain and cognition, one ought not expect that a few genes will play a dominant role in shaping the normal range of human cognitive abilities; rather numerous genes will be involved. 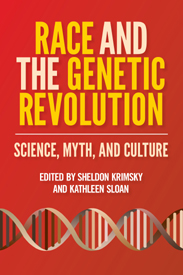 In my book Race and the Genetic Revolution: Science, Myth and Culture, I devote an entire section to intelligence and genetics, exploring the studies of Robert J. Sternberg (Oklahoma State University), Elena Grigorenko (Yale), Kenneth Kidd (Yale) and Steven Stemler (Wesleyan University) who jointly conclude: “To study the interrelationship among intelligence and genetics, we need to know what intelligence is. We do not know. Hence, any conclusions about its relationships to other constructs will be, at best, tentative.”

There is no universal definition of intelligence. Even theorists of intelligence do not themselves agree as to what intelligence is. IQ tests are largely measures of achievement at various levels of competency. As professionals in the field note, some act as though IQ tests somehow provide the kind of measurement of intelligence that a tape measure provides of height. When dealing with lay audiences, Sternberg warns “it is especially important that we acknowledge that we have nothing even vaguely close to the ‘tape measure’ of intelligence.”

Heritability is the ratio of genetic variation to total variation in an attribute within a population. Again, Sternberg et al.: “There is no way of estimating heritability for an individual, nor is the concept meaningful for individuals.” It is essential to understand that these concepts apply to populations not individuals.

An important implication of these facts is that heritability is NOT tantamount to genetic influence. An attribute could be highly genetically influenced and have little or no heritability. The reason is that heritability depends on the existence of individual differences. For example, being born with two eyes is 100% under genetic control. Regardless of the environment into which one is born, a human being will have two eyes. But it is not meaningful to speak of the heritability of having two eyes, because there are no individual differences.

Genes always operate within environmental contexts. For example, genotype sets a reaction range for the possible heights a person can attain, but childhood nutrition, diseases, and many other factors affect the adult height realized. Genes express themselves through interaction with the environment.

With intelligence or any other trait, we cannot change the genetic structure underlying manifestations of intelligence, but we can change those manifestations or expressions of genes in the environment. Thus, knowing the heritability of a trait does not tell us anything about its modifiability. This is why studies like Bowen and Hsu’s are so misleading and erroneous.

The true genetic nature of humans is far from being defined. But what is absolutely clear is that genes do not act in a vacuum; they act in the environment, and their actions can be altered by the environment.

The bottom line here is that there is evidence that intelligence is influenced by environmental factors that are pervasively and systematically patterned along class-based socioeconomic lines in the U.S. especially, as well as throughout the world.

Readers of the Wall Street Journal article would have been far better served had the publication pointed out that the evidence proves that differences in IQ scores are the result of social inequality rather than its cause and any test purporting to predict inherited intelligence is fallacious and disingenuous.

Kathleen Sloan is a member of the Board of Directors of the National Organization for Women (NOW), a consultant to the Center for Bioethics and Culture, and the former Program Director of the Council for Responsible Genetics.

New Ebook – Not Just Creating Your Own Family: An Interview with an Egg Donor Recipient Mother

A “Product of Surrogacy” (Interview Video)