By Kathleen Sloan, Consultant to the CBC

Myriad Genetics, producer of the world’s biggest-selling gene test for breast and ovarian cancers, has become synonymous with corporate greed. In an egregious breach of bioethics, the company refuses to share groundbreaking knowledge that could benefit cancer patients. Myriad Genetics is deliberately withholding data that could help other scientists to understand cancer genetics on the grounds that the information is “commercially sensitive.”

The healthcare company manufactures the test for determining whether women carry potentially lethal mutations of the two genes linked with inherited forms of breast and ovarian cancer. It has a monopoly on the tests in the United States and is beginning to engage in aggressive marketing in Europe.

Professor Martina Cornel, chair of the European Society of Human Genetics policy committee, stated: “We are very concerned that such important data is being withheld from those who need it. It is vital that progress towards personalized medicine, which holds out so much promise, is not hindered by companies maintaining private genomic databases.”

Adding insult to injury, while Myriad refuses to share its potentially life-saving data, it simultaneously benefits from free access to public databases compiled by other scientists and researchers. It also gives Myriad a competitive advantage over academic institutions.

Myriad uses its test data to compile a database of other mutations beyond the cancer-causing mutations on the two BRCA genes. Known as “variants of unknown significance” or VUS, this information is important because it helps physicians correctly interpret the results of a breast cancer test. This information withholding goes a long way to explaining why Myriad finds only 3% of its tests fall into the VUS unknown category while other testing services report a 20% VUS rate. 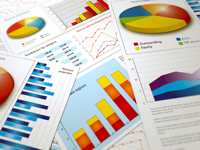 What this means in practical terms is summed up by Professor Cornel: “Interpreting the variants of unknown significance that may be found in analyzing the patient’s genome plays an essential part in being able to provide proper counseling and if necessary, preventative or therapeutic guidance.”

Myriad Genetics has been at the center of controversy over gene patenting and the ethical divide between genomic science for public benefit versus private profit. Myriad founder Mark Skolnick of Utah University identified and sequenced the gene involved in inherited forms of breast cancer, currently between 5 and 10% of all cases. Myriad then applied for patents and control of royalties on any gene tests resulting from the discovery.

Many scientists point out that Myriad/Skolnick could not have made the discovery without the work of others whose results are public. In the second quarter of 2012 alone, Myriad generated sales of over $105 million from its BRCA analysis test.

The situation is now before the U.S. Supreme Court. On November 30, the Supreme Court agreed to hear arguments on the patentability of human genes. The case began in May 2009 when the ACLU and the Public Patent Foundation filed a lawsuit charging that patents on the genes, BRCA1 and BRCA2, are unconstitutional and invalid. The suit correctly charges that the patents stifle diagnostic testing and research that could lead to cures and that they limit women’s options regarding their medical care.

The lawsuit was filed on behalf of researchers, genetic counselors, women patients, cancer survivors, breast cancer and women’s health groups, and scientific associations representing 150,000 geneticists, pathologists and laboratory professionals. In addition to the U.S. Patent Office, the suit was filed against Myriad Genetics and the University of Utah Research Foundation, which hold the patents on the genes.

The lawsuit correctly charges that patents on human genes violate the First Amendment and patent law because genes are “products of nature” and therefore cannot be patented. Anyone with a sense of ethics and morality understands this basic fact of life inherently.

The U.S. Patent and Trademark Office has granted thousands of patents on human genes; in fact, about 20% of our genes are patented. A gene patent holder has the right to prevent anyone from studying, testing, or even looking at a gene. As a result, scientific research and genetic testing has been delayed, limited, or even shut down due to concerns about gene patents.

What manner of society are we creating when we decide that private profit is more important than potential medical breakthroughs, scientific knowledge, and people’s health? As all living things—from plants and animals to human beings and their component parts—are turned into commodities to generate money for the benefit of private business, we descend into a rapacious society bereft of dignity, morality and common decency.

Kathleen Sloan is a member of the Board of Directors of the National Organization for Women (NOW), a consultant to the Center for Bioethics and Culture, and the former Program Director of the Council for Responsible Genetics.

The Fallacy of Intelligence and Genetic Determinism

What Do Cord Blood Stem Cells Have in Store for Pediatric Brain Trauma?

The Higher They are The Harder They Fall

An Abundance of Opportunities