In just ten years, Belgium has trumped the culture of death in the Netherlands that took some thirty years to poisonously flower. For example, there has been a joint euthanasia of an elderly couple, which was celebrated by a Belgian bioethicist in a news report. Belgian doctors also brag about coupling voluntary euthanasia with consensual organ harvesting — particularly targeted at the disable who want to die because they have “good organs.” And now, twins have been killed in a joint euthanasia. From the Telegraph story:

Identical twins were killed by Belgian doctors last month in a unique mercy killing under Belgium’s euthanasia laws. The two men, 45, from the Antwerp region were both born deaf and sought euthanasia after finding that they would also soon go blind. The pair told doctors that they were unable to bear the thought of not being able to see each other again. The twin brothers had spent their entire lives together, sharing a flat and both working as cobblers. Doctors at Brussels University Hospital in Jette “euthanized” the two men by lethal injection on 14 December last year.

In a morally sane society, the death doctors would lose their licenses and be tried for homicide. But Belgium no longer fits that description.

But, I must say, after fighting against this issue for twenty years, I am not surprised. This is the simple logic of euthanasia consciousness. Once killing is seen as an answer to human suffering, the meaning of the term becomes very elastic and the killable caste, like the universe, never stops expanding. 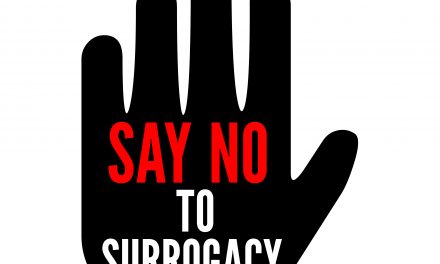 Why We Should Say No to Surrogacy