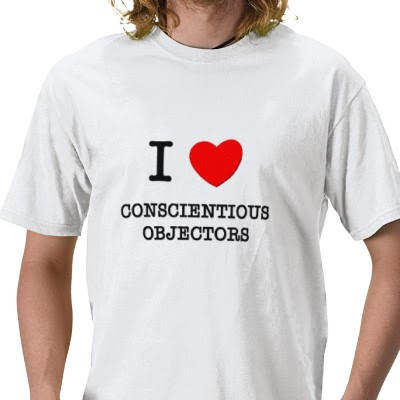 I have a piece in the Daily Caller about protecting the conscience rights of medical professionals who wish to maintain traditional Hippocratic Values. First, I set up the context. From “Should Doctors be Forced to Kill?”

Fifty years ago, doctors would have been excoriated professionally for assisting a patient’s suicide or performing a non-therapeutic abortion. After all, the Hippocratic Oath proscribed both practices, while the laws of most states made them felonies.

My, how times have changed. Today, abortion is a national constitutional right, and two states have passed laws legalizing doctor-prescribed death. Meanwhile, destroying human embryos may become the basis for cellular medical treatments and people diagnosed with a persistent vegetative state could, one day, be killed for their organs — a proposal often made to alleviate the organ shortage in some of the world’s most notable bioethics and medical journals.

With life-taking procedures threatening to become as much a part of medicine as life-saving techniques, a cogent question arises: What about the rights of doctors, nurses and other medical professionals who believe in traditional Hippocratic ethics? Increasingly those who do are castigated as interfering with “patient rights.” Indeed, medical professionals may one day be forced to choose between their careers and their morals.

I discuss how Victoria, Australia forces all doctors to be complicit in abortion, how the Netherlands Medical Association (KNMG) has issued a similar ethics directive around euthanasia, and the opposition to the Bush conscience regulations, revoked by the Obama Administration last year. I quote part of the Council of Europe’s recent edict that conscience rights should be protected, and conclude:

We live in an increasingly morally polyglot society about matters of life, death and the overarching purposes of medicine. Death-causing procedures — or treatments derived from the destruction of human life — may well become more widely and legally available in the coming years. But just because something is legal, that doesn’t mean it is right. The time has come for Congress and state legislatures to follow the lead of the Council of Europe and pass strong laws protecting medical conscience. Doctors, nurses, pharmacists and other medical professionals should not be forced to comport their professional conduct with the lowest common ethical denominator.

Medical conscience is going to become an increasingly intense flash point of the culture wars. Nobody should be forced to kill.

Here is a more extended essay in which I suggested the terms that should be applied to protecting conscience rights without permitting the abandonment of patients.