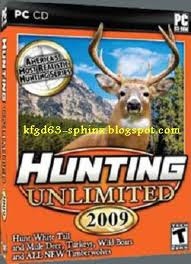 It is remarkable how often judges shrug at the killing of sick and disabled people. In the UK, a man plead guilty to manslaughter of his terminally ill wife, and walked out of court a free man. From the London Evening Standard story:

Stuart Mungall, 71, smothered former actress Joan, 69, at their home in Tooting last December. The prosecution accepted his plea in July of guilty to manslaughter on the grounds of diminished responsibility caused by depression following the strain of caring for her. Mungall smiled and was given a thumbs-up sign from supporters in the public gallery at the Old Bailey after being given a 12-month sentence suspended for two years.

Well, she probably asked for it, right? Wrong.

Prosecutors claimed there was no evidence Mrs Mungall, who had the degenerative Pick’s disease, had wanted to die. Mark Dennis QC said she had told a nurse a day before her death that she was “taking it all in my stride”. He argued it was Mungall who could not cope, and that he smothered his wife with a pillow, then tried to kill himself with pills. Miranda Moore QC, defending, insisted Mungall had acted after he “saw it in her eyes” that his wife wanted to die. She had not shown any signs of resistance, and Mungall had responded to his wife’s pain.

Sounds to me as if he put her out of his own misery.

This case is important because its impact will extend far beyond Mr. Mungall. Throughout the UK now, we see an increasing number of people assisting their loved ones’ suicide — with nothing being done about it by the authorities even though assisted suicide is against the law. With this case, we see the beginning of the same trajectory with outright homicide — even though the deceased didn’t ask to be killed.

And the message to people who are dying, disabled, and frail elderly is clear: Your lives don’t matter as much as the lives of healthier or able bodied people. If you are killed, nothing substantial will be done about it in a court of law.