The Problems With Hospice 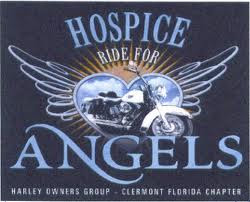 Stories like this drive me crazy. A for-profit hospice is being sued for allowing one of its patients to have maggots in a wound without treatment. The excuse given is utterly unacceptable. From the Bloomberg column, “Preparing Americans for Death Allows Hospices to Neglect Life,” by Peter Waldman:

With his mother wheezing and losing consciousness in a California nursing home, Robert Rogers wanted her moved to a hospital. Vitas Healthcare, her hospice provider, said that wasn’t in the plan. “Our job is not to prepare them to live,” a Vitas nurse told Rogers on the phone, according to a deposition he gave in April. “Our job is to prepare them to die.” Rogers called 911. At the hospital, an emergency-room doctor removed 11 maggots from an open wound on his mother’s big toe. Five days later, in September 2008, 91-year-old Thelma Covington died of a sepsis infection brought on by gangrene in her toe and poor circulation, her death certificate said.

That nurse is completely wrong about the purpose of hospice. While not providing heroic life-extending measures, hospice isn’t about dying, but living as well as possible in their final chapter until natural death. Indeed, that’s the point of the entire approach. While that could preclude a hospitalization over, say, pneumonia, it would not prevent treatment of a maggot-infested sore

I have been a hospice volunteer, and my research into hospice for my books Forced Exit and Culture of Death, as well as personal experiences with family and friends, have made me a hospice enthusiast. True, hospice (in the USA) precludes life-extending treatment, such as CPR, a respirator, chemotherapy, and kidney dialysis. But that doesn’t mean there should be no treatment. No reputable hospice would knowingly permit a patient to become maggot infested and do nothing about it!

We have to be careful not to allow bad examples to smear an entire sector — whether for- or non- profit. As Waldman notes, hospice has offered tremendous benefits to patients (including, as I have written, my own father). But in his intent to smack-down for-profit hospices, Waldman contradicts himself. After first accusing the hospice mentioned in the quote above of denying treatment to extend life, he strongly implies that for-profit hospices keep patients alive too long:

To be eligible for Medicare hospice coverage, a person must have a prognosis of six months or less to live, certified by two doctors. Yet 20 percent of hospice patients live beyond that term, with their providers receiving government checks via recertifications that can go on indefinitely.

It’s true that many patients live longer than expected (particularly, non cancer patients). But that is generally because people don’t die by the numbers, not because of hospices forcing people to remain alive. For example, my last hospice patient, Bob, lived much longer with ALS than had been expected when he entered hospice — not because he received wrongful life-extending treatment, but because of the disease’s erratic start and stop progression.

In fact, if there is a systemic problem of inhumanity in hospice, I assert it is caused primarily by the government. When I was helping care for Bob, the Clinton Administration launched “Operation Restore Trust,” which went after hospices in a cruel and chilling way by demanding tens of millions in refunds by presuming that patients who didn’t die within six months were receiving hospice fraudulently. It was then up to the hospices to prove otherwise.

As a consequence, even though there was no question that Bob was terminally ill, and indeed approaching death, he was kicked out by terrified administrators of the non profit hospice — worried about being driven into bankruptcy by the government. Doing so betrayed their promise solemnly made to Bob, that they would stick with him until the end. In fact, when they tried to reassign me to another patient, I refused. I stayed with Bob, because I had also promised him I would stay with him “until I am put in the ground” as he put it to me in asking for the promise. And I did. (Apparently that was too much for the non-profit administrators. I never received another assignment, despite asking.)

Are there problems with hospice? Yes. Might things have changed since I did most of my research? Yes. To the extent that things have gone downhill, is the the profit motive the cause? Sometimes, perhaps. But I think the real problem is with vague or wrongly construed government regulations. (For example, some hospice refuse to offer tube feeding, worried that it will be construed as life-extending treatment. It could just as easily be construed as comfort care, given that proper sustenance often reduces distress when patients can still assimilate food and water. The government should explicitly permit ANH for hospices, if that is what the patient wants.)

Or better yet, do away with forcing patients to give up all life-extending treatment if they enter hospice. When I interviewed Dame Cicily Saunders, the great hospice movement founder, she told me that the American method of forcing such a choice on patients and families was the fatal flaw in our system because it created an “abandon hope, all ye who enter here,” mentality. She was right. By specifically allowing patients the option for non heroic treatment, the confusion and vagaries that seem to plague the current system could be erradicated, perhaps leading to more dying patients receiving the beneficence of hospice — which would also be cost effective for the bean counters.

Here’s the bottom line: Don’t be scared off hospice by horror stories. Rather, before entering a hospice or placing a loved one in a program, have a long talk with administration about their policies regarding treating conditions such as gangrene, bed sores, pain controlling radiation, and tube feeding. And then, hold them to it.

“One Child” Tyranny the Why of Baby Selling