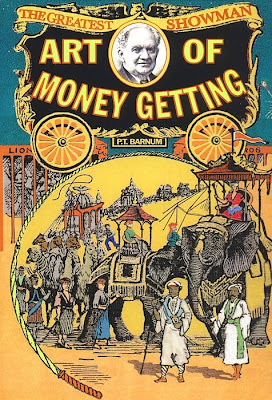 When proponents of Proposition 71 shouted CURES! CURES! CURES in 2004, perhaps the people of California could be forgiven for believing them — what with all the hype going on at the time — and borrowing $3 billion to pay for research grants (which will be at least $6 billion when interest is included). But now it is years later, ESCR has definitely not proved to be the “only hope” as it was then claimed. Indeed, the CIRM is so hungry for successes that even though it was set up to fund ESCR and human cloning research — the first then restricted in funding the second not funded by the Feds — it is now funding adult stem cell research to be able to show a few treatment notches on its obese spending belt.

Not only that, but California’s economy is beyond being merely in the toilet: It is in a fiscal septic tank. Roads are being allowed to remain potholed. Schools are impacted. Health care for children is impacted. Services for the elderly and people with disabilities are being cut. State workers face furloughs — and we still have another $20 billion of red ink — meaning the once Golden State has become Greece without the Acropolis.

Then there has been the terrible mismanagement, conflicts of interest, broken campaign promises, and other assorted acts of hubris by leaders of the CIRM, so often recorded here. Someday, perhaps I’ll write a checklist of the CIRM follies that we’ve discussed here at SHS over the years.

So who cares about fiscal sanity? Who cares that ESCR is now funded without the Bush restrictions? Who cares that human cloning hasn’t worked out? Who cares that California is falling into the ocean fiscally? Who cares that our taxpayers are groaning under high taxes and an astonishing level of bond debt? Not the California Institute of Regenerative Medicine. Like the man eating plant in Little Shop of Horrors, its appetite is insatiable. It wants more! From the LA Times story:

When millionaire Silicon Valley real estate developer Bob Klein launched his ballot drive to create a $3-billion state fund for stem-cell research in 2004, he pitched it as a way of taking politics out of science and focusing on cures. One particularly heartbreaking campaign ad showed former big screen Superman Christopher Reeve paralyzed in a wheelchair, struggling for breath and imploring California voters to “stand up for those who can’t.”

Next month, Klein’s six-year term as chairman of the California Institute for Regenerative Medicine expires. Under his stewardship, the agency has funded research leading to hundreds of scientific papers, but scientists say marketable therapies for maladies such as cancer, Alzheimer’s and spinal cord damage promised during the campaign remain years, if not decades, away. In a recent interview with The Times, Klein said he plans to ask voters to approve another $3 billion in a bond measure on the 2014 ballot to keep the stem cell program going.

If California votes yes on that proposal — which, like last time, will be mounted by the best PR firms, political consultants, and lawyers money can buy — it will prove P.T. Barnum’s assertion that there is a sucker born every minute. In California’s case, it will mean tens of millions of them. I just wish there were early voting on this turkey so I could vote no!