Collapse of Decency: Murder Your Daughter — Be the Subject of Rock and Roll Song 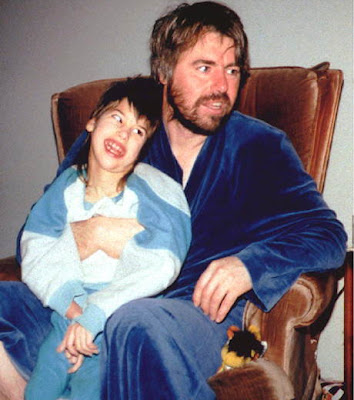 What is it with our cultural leaders these days? Jack Kevorkian wanted to engage in human vivisection, he murdered Thomas Youk, and is rewarded with a biopic starring Al Pacino as Kevorkian and receives $50 K a speech. Now, Robert Latimer, who murdered his 12-year-old daughter Traci because she had cerebral palsy, is being lauded by Ozzie Osbourn in a new rock and roll song. From the story:

Tracy Latimer was born with a severe form of cerebral palsy and by age 13, was in constant pain, having up to six seizures a day. Latimer put his daughter in a running car inside a garage where she died of carbon monoxide poisoning.

The “constant pain” excuse was eviscerated, nay obliterated, by Mark Pickup in a very detailed and cited blog post demonstrating the cruelty of Traci’s murder. It’s long and deconstructs the entire episode brilliantly. Please read it since I don’t have space to repost it here. But back to the story:

The 10th track of Osbourne’s solo album entitled Scream, due out June 22, is “Latimer’s Mercy” which describes what Latimer may have felt in putting his daughter to death. The lyrics are poetic yet brutally graphic. “The sun shines on this deadly new mourning/The church bells ring an early warning/Your eyes shine as I turn on the motor/The tears fall as the mercy gets closer.”

This refrain is repeated: “Another day and another full seizure/Another pill, you spiral down deeper/Another cut by a surgical butcher/It’s just a way of prolonging the torture.”

Osbourne was in Toronto Wednesday to preview the new album. During a media conference, he singled out “Latimer’s Mercy” as particularly interesting: “It must be a very difficult thing when you give birth to a child that is so messed up, she doesn’t have any quality of life . . . seeing her go through pain and agony,” he told a reporter from Canwest News Service.

“I don’t know if I could do that to my own child but I’m not in that position,” Osbourne said. The lyrics indicate that Osbourne thinks Latimer felt conflicted as well: “I won’t say I know what I’m doing/I won’t say I’m sorry/I can’t bring you back but I can’t leave you helpless/I’ll make the pain rest in peace.”

Osbourne said he agreed Latimer had to go to jail. “To put your child to death is a big decision. I’m not one to go, ‘You’re wrong, you shouldn’t do that,’ or ‘You did the right thing,’” Osbourne said the interview. “I’m in the middle of the road. I question myself, thinking ‘How would I deal with that?’ It’s a very big decision to make.”

The comment about going to jail doesn’t erase the terminal non-judgmentalism or the harm I think is caused to society when we celebrate legal and social outlaws like Kevorkian and Latimer.

P.S. — A mother has been arrested in California for murdering her 5-year old child with cerebral palsy two years ago. The boy starved to death.