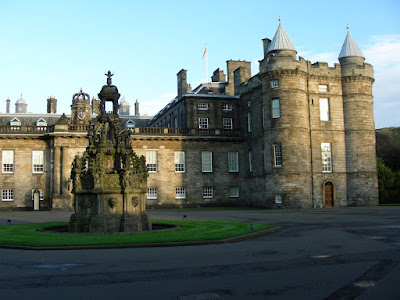 Last November, I was invited to Scotland to speak against assisted suicide and debate it at Holyrood (the parliament), the University of Glasgo, and at a large public forum in Edinburgh. The idea was for me to come to Scotland and hopefully soften the ground as the first step in a concerted campaign to defeat SMP Margaret McDonald’s anticipated attempt to legalize assisted suicide.

Well, my friends in Scotland seem to have done a sterling job in turning back the bill. An important committee has turned thumbs down to doctor prescribed death. From the story:

A Holyrood committee has rejected plans to make Scotland the first part of the UK to legalise assisted suicide. The End of Life Assistance Bill committee said it was “not persuaded that the case had been made” for the move, which is being championed by veteran MSP Margo MacDonald. Members, who took oral evidence from more than 50 people on both sides in a debate that has polarised opinion, said they would not be advising parliament to back the general principles of the “flawed” bill in a vote next week.

The bill stipulates that anyone over 16 could request help to die. The person must be diagnosed as terminally ill or permanently physically incapacitated and find life intolerable. A committee report said there were “real problems” with the definition of terminal illness in the bill and arguments about what it means to die with dignity were impossible to reconcile. The argument based on the “autonomy” of the individual was not accepted by all members of the committee. The MSPs’ report said there was a strong view that individual choice had to be considered within the context of society as a whole. Critics said the bill could undermine the right of disabled people to adequate resources so they could live independently. They are also concerned that the legislation does not provide a “conscience clause” for medics who would not wish to be involved.

The bill still must be debated. But this is a big deal. Preliminary congratulations to all those who I know worked so hard to obtain this terrific result.

(Photo of Holyrood Castle, Edinburgh, Scotland — where Mary Queen of Scots lived before her cousin Elizabeth I decided otherwise — by WJS, November 2009)

Doctors Should Help Patients Choose, Not Manipulate to Force a Choice