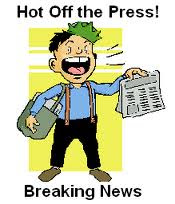 As promised, I have an extended article on the DeGette/Castle/Specter — two of three of which have been booted from their jobs already by voters — bills in Congress that would not only set Obama’s ESCR funding policy in statutory concrete, but also surreptitiously fund human cloning research, which the POTUS’s policy explicitly does not permit.

First I describe the Dickey-Wicker Amendment, recently the cause for a judge to enjoin federal funding of ESCR. From “Federal Funding for Human Cloning?” in NRO:

It’s baa-ack! Just when you thought the political fight over federal funding of embryonic-stem-cell research (ESCR) was over, United States District Court Judge Royce C. Lamberth ruled that President Obama’s ESCR policy violates the “Dickey-Wicker Amendment,” a federal law barring federal funding of “the creation of a human embryo . . . for research purposes” and “research in which a human embryo or embryos are destroyed.” In response, a group of lawmakers introduced legislation that would authorize federal funding for human cloning.

I point out that Dickey-Wicker is one of the most bi-partisan laws passed in recent times, which first came into pronounced conflict with the science sector with the derivation of embryonic stem cells. Clinton, Bush, and Obama all tried to fund ESCR without setting of the Dickey-Wicker trip wire — which if Judge Lamberth is correct, can’t be done. That brought the DeGette/Castle/Specter bills to the fore as a way of overcoming the DW problem.

But, it also seeks to legalize the Feds to fund human cloning research in dishonest manner. Explaining why required a brief step back to explain the difference between ESCR and SCNT cloning:

I then point out how the bills pretend to ban human cloning funding when they would actually authorize it:

Under the disingenuous title “Prohibition against Funding for Human Cloning,” the legislation inaccurately defines “human cloning” as the implantation of a cloned embryo, instead of as the creation of such an embryo. From the legislation:

In this section, the term “human cloning” means the implantation of the product [the cloned embryo] of transferring the nuclear material of a human somatic cell into an egg cell from which the nuclear material has been removed or rendered inert [SCNT] into a uterus or the functional equivalent of a uterus.

Thus, if the bills become law, only the implantation of cloned embryos would be barred from being federally funded, rather than actual cloning. In other words, the bills use a phony definition to legalize the very funding that they dishonestly purport to prohibit. No wonder people don’t trust the government anymore.

This raises the question, why go to all the trouble of legalizing cash for cloning? I describe the many uses to which cloned embryos — and later fetuses — could be put, and note:

But scientists still haven’t figured out how to clone human beings reliably. Overcoming the technical difficulties will take many billions of dollars — both to pay for the research and to draw talented young scientists into the field. With any significant profits to be derived from human cloning probably decades away, it is unlikely that the private sector will provide the resources necessary to develop and industrialize the sector. Thus, if human cloning is ever to be perfected, it will almost surely require significant federal support.

But Dickey-Wicker stands athwart this accelerating drive to clone. Seen in this light, Judge Lamberth’s surprise decision not only impacts embryonic-stem-cell research, but has hastened the inescapable fight over the future morality of American science. If we want to stop cloning, we must defeat DeGette/Castle/Specter.

About the last point, whether one supports or opposes human cloning, it seems to me there can be no disagreement.