CIRM to Californians: Mind Your Own Business About How We Spend Your Borrowed Money 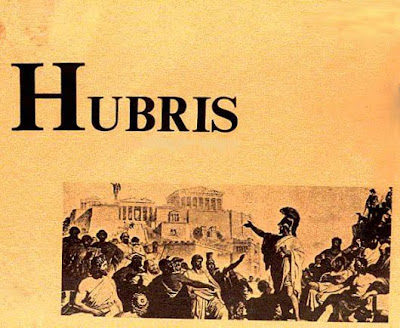 The arrogance and hubris of the California Institute of California Medicine has grown — one would not have thought it possible — even more pronounced. We Californians, who are borrowing to pay for their high salaries and other fat cat ways, even though California has become Greece without the Acropolis, are not welcome at a hearing to determine how the rest of the $2 billion CIRM has a legal right to spend will be directed. From the invaluable California Stem Cell Report:

The California stem cell agency said yesterday it will bar the public from three days of the most sweeping hearings ever into how well it is spending $3 billion in taxpayer funds. The blue-ribbon assessment of the California Institute for Regenerative Medicine will be the first such in the agency’s five-year history and will be critical in determining how CIRM will spend its remaining $2 billion. The sessions also represent the most exhaustive review of the agency’s past performance. CIRM has already committed more than $1 billion to 364 scientists and institutions.

Although CIRM directors have been told that the review will occur, the public has not been notified via CIRM’s Web site or other means that the assessment will take place. Nor has the agency publicly solicited from citizens or other interested parties comments or suggestions of issues to be addressed. CIRM has repeatedly come under fire from state officials for its lack of transparency. An influential state lawmaker said last February that the agency is “essentially accountable to no one.” The ban on the public at the October review also appears to fly in the face of a state constitutional amendment adopted in 2004. By an overwhelming 83 percent, voters altered the constitution to guarantee the public a broadly construed right of access to what state government is doing.

John M. Simpson of Consumer Watchdog of Santa Monica, Ca., a longtime observer of CIRM, said that conducting the “entire process behind closed doors shows an agency with leaders who are completely unaware of their responsibility to the public, or worse, don’t care.” (The full text of his remarks can be found here.)

Unaware? No. They just don’t give a fig!

Simpson also stated the agency acted like an “insider’s club.” Gee, ya think?