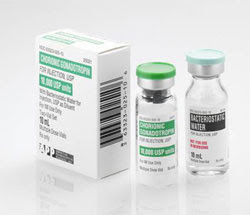 I don’t have access to this article but I do find this curious given how much we wish to ignore the health risks posed to young otherwise healthy women who we want to “donate” their eggs. OHSS is a very real and risky syndrome associated with egg donation procedures and well acknowledged and established in the medical literature. To counter the risks of OHSS this new study indicates that prophylactic use of dopamine agonists might well mitigate this response. If anyone has access to the journal, Human Reproduction Update, I would like to read this study mentioned below:

“Meta-analysis Reiterates Efficacy of Dopamine Agonists in Reducing OHSS IncidencePosted on 18 June 2010.The signs and symptoms of ovarian hyperstimulation syndrome (OHSS) is attributed to elevated vascular permeability, resulting in fluid shift from capillaries to the third space. Vascular endothelial growth factor (VEGF) is linked to this increase in vascular permeability, and hence its suppression may potentially prevent or reduce the severity of OHSS. Dopamine agonists, which block VEGF receptor 2 phosphorylation, have been suggested to decrease the incidence and severity of OHSS in IVF/ICSI cycles. A new systematic review and meta-analysis highlights the prophylactic action of dopamine agonists, such as cabergoline, in lowering the incidence of OHSS. The study findings have been published in the journal, Human Reproduction Update.”
How’s this for a plan to reduce OHSS. Stop super-ovulating women since OHSS is a totally preventable syndrome.