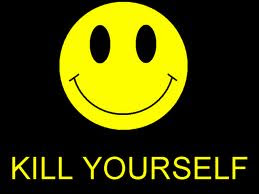 Once, we looked to those who saved suicidal people from dying as the humane and compassionate heroes. After all, they valued the lives of everyone, even those unable to value their own.

My how times change. Today, suicide promoters are the heroes. Case in point: In the Netherlands, despite a liberal euthanasia license, how-to-commit-suicide gurus are extolled. From Radio Netherlands Worldwide:

“When you are ready, put the bag over your head. Then slowly open the helium valve.” An instruction film made by Dutch psychiatrist Boudewijn Chabot explains how someone can kill themselves using a roasting bag and two tanks of helium. Self-help methods are becoming less of a taboo. Euthanasia under certain circumstances was made legal in the Netherlands ten years ago. The law permits assisted suicide for people whose suffering is unbearable and hopeless. But for others who want to end their lives, there is no legal recourse. Suicide instruction films have been produced with them in mind. Dr Chabot has been involved in the issue of “self-administered euthanasia” for years. In addition to methods such as not eating and drinking, or a lethal combination of medicines, he has now released a film showing another suicide method

What kind of a person focuses so intently on helping people make themselves dead? For those who don’t know, Chabot won a case in the Dutch Supreme Court back in the 1990s stating he did no wrong in assisting the suicide of a healthy but deeply grieving woman who wanted to be buried between her two dead children. And so the so-called protective guidelines proved as porous as a spaghetti colander.

Don’t get me wrong. I am not singling out the Netherlands for criticism. Here in the USA, the would-be late human vivisectionist Jack Kevorkian was played by A-List movie star Al Pacino in a history-revising biographical hagiography — which omitted his taking the kidneys from one of his victims and offering them “first come, first served” at a press concerence. Final Exit Network promotes the same suicide method as Chabot, and Derek Humphry got famous and made a lot of money teaching people how to kill themselves in books and other media. Then there is Compassion and Choices that is working hard to redefine suicide as a medical treatment that isn’t even “suicide.”

Suicide prevention has become almost invisible. Today, it’s all about suicide promotion, baby! That will get you on the media and may even garner you big lecture fees. (Kevorkian was clearing a cool $50,000 per.) And the cost will be counted in the people who died who might otherwise have escaped the darkenss and become glad to be alive.

The Physician Becomes a Dying Patient