Applauding Suicide for the Mentally Ill 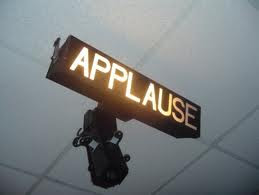 I have a rather long piece on NRO about the worsening and widening euthanasia license in the Netherlands, Belgium (especially!), and Switzerland–and what accepting euthanasia consciousness does to a nation’s moral fiber. Anyone interested can read the whole thing by hitting the link below.

But for here, I just want to share the opening of the piece, depicting an incident from last weak that spurred me to write the article. From “Euthanasia Spreads in Europe:”

I spoke at a town-hall event about end-of-life care recently that, unfortunately, devolved mostly into an intense debate on assisted suicide. When the time came for audience questions, a self-described “mentally ill” woman took the microphone and strongly declared that she too should have the right to doctor-prescribed death. More than half the audience applauded, validating the woman’s potential suicide.

Ten years ago, supporting suicide for the mentally ill would have been unthinkable, even among hardcore Hemlock Society types. Now, alas, giving approval — or shrugging indifferently — to all manner of suicidal desires is becoming increasingly common. Indeed, you probably didn’t know that Sept. 10, 2011, was “World Suicide Prevention Day,” it received such scant media attention.

Why the change from an anti-suicide culture to one that is, at minimum, suicide-tolerant? I am convinced that, at least in part, the assisted-suicide movement has eroded society’s commitment to suicide prevention. It has created an atmosphere where many people now see “dead” as better than “dying” and suicide as a valid remedy for the debilitations caused by serious illness, disability, or being frail, elderly, “tired of life,” or chronically — or even, as I have seen, mentally — ill. Indeed, rarely a day goes by without some story implicitly or explicitly supporting assisted suicide as “death with dignity” or a compassionate response to the problem of human suffering.

This is very serious business, regardless of the legalities. Accepting the taking of human life–whether assisted suicide or euthanasia, there’s little moral difference in my book–changes a society. It distorts its values and perceptions, and undermines the perceived intrinsic worth of human life. Indeed, it leads to a culture in which a mentally ill woman can be applauded for wanting help in killing herself.