Dutch Psychiatrists To Get In on Euthanasia Action 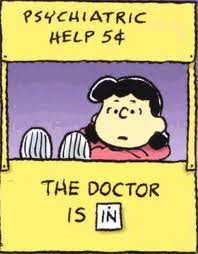 On to the mentally ill! That is the message of a new article in the Dutch language tijdschrift voor psychiatrie 53 (2011) 8 (Journal of Psychiatry). I’ll skip the nonsense about great care being shown, and “hopeless” conditions — which the article doesn’t say is the same as untreatable, by the way, and skip right to the chase. From the Conclusion (English translation):

Assisted suicide, as a last resort in psychiatry, legally admissible since 2002, recently legitimized in practice. The midwife [of] Death is now appropriate for psychiatric reach patients, representing an emancipation of the psychiatric patient and psychiatry itself.

Emancipation! Both of the patient and the need for psychiatrists to try and save the lives of all suicidal patients!

And no psychiatrist had better refuse based on beliefs. Those refusing assisted suicide will have to explain themselves!

Categorical rejection of help-zelfdo thing in psychiatry represents a failure the autonomy of psychiatric patients and the scope of the legislation a duty to state reasons in the case of not honorring of requests for stervenshulp may lead [in the future] to the autonomy of the patient in more cases being honoured.

The name should be changed to “validated suicide,” once the imprimatur of a psychiatrist is put on the deed.

And so the last line of defense against the assisted suicides of mentally ill and other patients — a good mental health professional fighting for the life of despairing patients — slips away. Now, psychiatrists will help people make “rational” decisions to kill themselves in the Netherlands on an increasing scale.

It’s only logical. Once a society agrees that killing is an acceptable answer to human suffering, who is to gainsay the reasons someone might want to die? Culture of death Wesley? What culture of death?