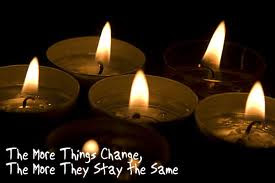 There has been some media buzz about a new test that appears to show some patients, previously diagnosed as unaware (persistent vegetative state), can actually perceive. From the New Scientist story:

Owen and his team used an EEG on 16 people thought to be in a PVS and compared the results with 12 healthy controls while they were asked to imagine performing a series of tasks. Each person was asked to imagine at least four separate actions – either clenching their right fist or wiggling their toes.

In three of the people with PVS, brain regions known to be associated with those tasks lit up with activity, despite physical unresponsiveness. This suggested to the researchers that the subjects were carrying out a complex set of cognitive functions including hearing the command, understanding language, sustaining attention and tapping into working memory. “It isn’t the case that just because somebody doesn’t respond they’re not conscious,” Owen says. “There’s a growing body of data now demonstrating that many of these patients aren’t what they appear.”

“The diagnostic criteria for vegetative state have to change,” he adds. The official diagnosis for PVS was formulated in the 1970s, before neuro-imaging was widely used, says Owen. The last update was made in 1995, but the criteria for declaring someone conscious is still based on whether an outside observer believes the patient is trying to communicate.

This is a good thing, and indeed, the criteria should change. We should also change the name of the diagnosis to “persistent unconscious state,” rather than “vegetative state.” None of us is a carrot or turnip. Calling someone vegetative or the dreaded V-word–which should join the N-word as an unutterable–demeans, diminishes, dehumanizes, and degrades the moral value of the patient.

We’ve known for years that PVS is often misdiagnosed, but don’t expect learning that a patient is conscious to lead many bioethicists to advocate against their dehydration. While a UK court recently refused to dehydrate a conscious patient–good for it–in the USA we crossed that Rubicon long ago. Indeed, we dehydrate conscious patients routinely in this country, not because people can’t assimilate nutrition–a different matter altogether–but because we don’t believe their lives are worth living (and/or paying to support). In fact, many of the same bioethicists who once said removing tube-supplied sustenance should be limited to the unconscious, merely pivoted and argued that if someone is “minimally” conscious, it is even more reason to pull the tube because they will be suffering from potential knowledge of their condition or limitations.

Don’t get me wrong. The test, if accurate, should become part of the practice of medicine in this field. But we really need to change our values so that all of us are embraced and accepted as moral equals regardless of our cognitive states.