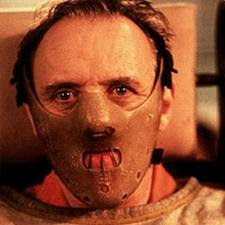 How often do we hear about studies claiming to demonstrate that liberals are smarter than conservatives, or conservatives live in a world dominated by fear: You know the drill. Well now a study has come out stating that those who believe that utilitarianism is the best approach to morality scored higher on tests for psychopathology. From the Abstract:

Researchers have recently argued that utilitarianism is the appropriate framework by which to evaluate moral judgment, and that individuals who endorse non-utilitarian solutions to moral dilemmas (involving active vs. passive harm) are committing an error. We report a study in which participants responded to a battery of personality assessments and a set of dilemmas that pit utilitarian and non-utilitarian options against each other. Participants who indicated greater endorsement of utilitarian solutions had higher scores on measures of Psychopathy, machiavellianism, and life meaninglessness. These results question the widely-used methods by which lay moral judgments are evaluated, as these approaches lead to the counterintuitive conclusion that those individuals who are least prone to moral errors also possess a set of psychological characteristics that many would consider prototypically immoral.

Note the puzzlement. I mean researchers have agreed that utilitarianism is the appropriate framework for making moral judgments! But the study shows such believers “possess a set of psychological characteristics that many would consider to be prototypically immoral!” That can’t be right. We need to find out why this counter intuitive result happened. More grant money, please.

Or, perhaps the study isn’t counter intuitive, but the original presumption about the proper approach to morality is wrong. That’s my vote.

Or, perhaps these kinds of studies are pure bunk and a complete waste of scientific time and financial resources. That’s my vote, too.