In a “Choice Revolution” There Are No “Ethical Boundaries” 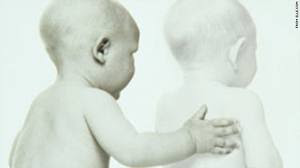 I first heard the euphemistic term “selective reduction,” at a bioethics conference at which I was speaking in Banff, Alberta. I don’t remember the year, probably about a decade ago. I was speaking on assisted suicide, and as I awaited my turn, the speaker before me extolled the virtue of “reducing triplets into twins,” after IVF resulted in too many embryos implanting.

I hate euphemisms, particularly regarding crucial ethical issues, and the guy really had me seeing red. So, when my turn came, I went off script. “Selective reduction doesn’t turn triplets into ‘twins,'” I said. “It kills one of the three siblings. The remaining two are still triplets, only one is dead. And if they ever find out, they will know that but for the luck of where the abortionist chose to put his tools, they might never have been born.”

Previously, the “ethical justification” for aborting IVF babies was health. If too many embryos implanted, to protect the mother’s health — and to prevent miscarriage or premature and underweight babies — one or more would be aborted, and generally, the “reductions” were restricted to no less than two (not “twins.”)

Recent advances in IVF technique now allow fewer embryos to be implanted and successful pregnancies to result. But the selective reduction band marches on anyway. As we have seen repeatedly in the last fifty years, radical changes in ethics are initially advocated as being about “health,” but they quickly metastasize into activities more about enhancing personal lifestyle desires or promoting convenience.

A story in the New York Times Magazine — which regularly features, and often celebrates, our ethical implosion — reveals that this pattern has shown up in the IVF/selective reduction phenomenon. It is now increasingly common for mothers and doctors to decide that even after all the effort it took to get pregnant via IVF, reducing from three or two fetuses to one — called “a singleton” — is becoming just fine, and quite often health or fear of miscarriage has nothing to do with it. Besides, it isn’t really “abortion,” we are told, because the entire pregnancy isn’t terminated. Tell that to the dead fetuses.

The story has been much discussed in the blogosphere, and so I won’t get more deeply into it, other than to highlight the following paragraph. From “The TwoMinus-One Pregnancy:”

Sheena Iyengar, a social psychologist at Columbia Business School and the author of “The Art of Choosing,” suggests that limitless choice is a particularly American ideal. In a talk at a TED conference last year in Oxford, England, Iyengar said that “the story upon which the American dream depends is the story of limitless choice. This narrative promises so much: freedom, happiness, success. It lays the world at your feet and says you can have anything, everything.” Nevertheless, she subsequently told me, “we are in the midst of a choice revolution right now, where we’re trying to figure out where the ethical boundaries should be.”

How ridiculous. In a “choice revolution,” the term “ethical boundaries” is an oxymoron. Freedom! Happiness! Success! Why should a little ethical squeamishness about destroying life get in the way? And one of the women described wasn’t even squeamish. She jumped up and down and cheered, telling her mother she was now properly “pregnant.”