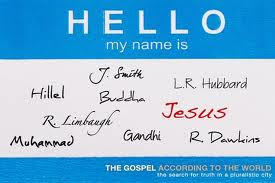 My friend H. Tristram Engelhardt was one of the pioneers in the field that came to become to be known as bioethics. Over the years, he has been mining an intellectual vein of analysis that could be called libertarian bioethics, that is (in a nutshell), he believes that with the decline of traditional religion and calls to authority governing our ethics, our moral views have become so pluralistic that no overarching view can prevail throughout society. In such milieu, he believes that ways must be found for conflicting moralities to peacefully co-exist.

He also asserts that this lack of societal unity should induce bioethicists to take a humbler approach to their work than they might have hoped for the field in its formative years. In this regard, E has an article in the current Journal of Medicine and Philosophy, in which he discusses different approaches to morality that are seen in the real world, e.g. religious, Rawls liberalism, Confucian, etc., doing his usual splendid job of explaining different perspectives. Obviously in a blog length post, I can’t do justice to all that E writes, but can only pick out a few cherries.

A plurality of moralities produces a plurality of bioethics. Across the world, different persons and groups affirming different bioethics support moral dis-agreement by advancing substantively different views as to what is proper inhealth care and the biomedical sciences (Engelhardt, 2006). For example, a Confucian literature has developed, embracing a bioethics quite different from those dominant in America and Europe (Fan, 2007,2010;Qiu, 2004). Among the differences is the commitment of Confucian bioethics to family consent, rather than to individual patient consent.

True enough. But in the West, while I admittedly don’t know of any polling of bioethicists, I think there is an orthodoxy in the field that does have a predominate approach to morality and bioethical public policy, based on a decidedly politically liberal viewpoint. Oh, people may come to their conclusions from differing philosophical angles, but unless one has a modifier in front of the word “bioethicist” — e.g. “conservative bioethicist,” or “Catholic bioethicist” — professional bioethicists in the West predominately take the liberal line, including with regard to the following issues:

Of course, there are exceptions to these general rules. But I think the above fairly depicts where most of the bioethicists who teach in the major universities in the USA, UK, Australia, Canada, and elsewhere in the West, along with their graduates who work in hospitals, consultancies, government agencies, etc., are coming from. (That said, I do think there is respect for moral views of patients/families in hospital bioethics committees.)

Moreover, bioethics isn’t merely a discourse, if it ever truly was. It is, again in my view, a movement that seeks to persuade society to adopt and apply its views on these and other matters. Not that there is anything wrong with that, but I do grow weary of those who pretend otherwise.

Engelhardt thinks that because there are so many competing moral views, bioethicists should willingly play a more humble role in society than perhaps was hoped at the field’s genesis (as in Joseph Fletcher writing that “we mean business” about establishing “criteria for humanhood” in the first issue of the Hastings Center Report.) E writes:

Academic bioethicists can:(1) Analyze ideas, concepts, and claims cardinal to an understanding of the moral issues raised by health care and the biomedical sciences,(2) Assess the soundness of arguments bearing on these issues, and (3) Provide geographies of different moral and moral–philosophical positions regarding bioethical issues; bioethicists can accomplish the last by showing how, given different initial premises and rules of evidence, different positions support different moral norms and viewpoints, as when bioethicists show that act-utilitarians of a certain sort will affirm as appropriate choices what Kantians will reject.

I have no problem with Engelhardt’s prescription. But I think those currently working in the field will not want to pull back from what I see as their goal of having their way on these difficult moral issues, mostly in terms of public policy, but also with regard to individual outcomes.

Yes, there are certainly different bioethics approaches that may preclude a universal bioethics (although I am not as pessimistic as Englehardt about one based in universal human rights). But as to the West: I think the movement has invested too much time, energy, and brain power into becoming “players” in politics and the public square to willingly take a back seat now.