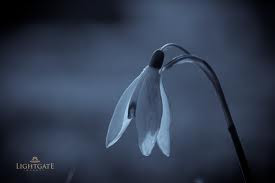 I am going to, perhaps, take a different approach to this dispute than some of my very good friends. A baby in Canada, known as Baby Joseph, has an incurable neurological disease that will result in his eventual death. The hospital wants to unilaterally remove him from life support because they claim he is unconscious and will not get better. The parents object. I think that they are right, the hospital should not be able to unilaterally impose an end to life-sustaining treatment based on subjective quality of life judgments or financial concerns. That is futile care theory, in which the treatment isn’t being removed because it won’t work, but because it is working, e.g., maintaining life. In such cases, it is actually the life that is seen as futile, not the treatment.

But that isn’t the part of the story I want to focus on. The parents have requested that the hospital perform a tracheotomy so they can put the baby on a ventilator and take him home to die. The doctors are refusing because of the burden on family and child. From the story:

If he is beyond hope, they want him to be able to receive a tracheotomy, where he can be transferred home and die in the care of family instead of in a hospital. Experts say even if the family is granted this request, caring for a child in this condition is an arduous task. Dr. David Casarett, director of research and evaluation at the University of Pennsylvania’s Wissahickon Hospice, says patients at home with tracheotomies need monitoring to make sure the airway is clear of secretions, the skin is clean and dry and someone can make sure the incision at the tracheotomy site does not get infected. “A child’s care would be much more complex if a home ventilator is required, since the parents would need to manage the ventilator with the help of a nurse and respiratory therapist,” he said.

This is a very hard thing, and I see both sides to this aspect of the case. But the request for a tracheotomy raises different ethical issues than requesting that life support be maintained in hospital. In my view, refusing the tracheotomy surgery is not a futile care imposition, since the surgery is not primarily intended to maintain the baby’s life, but rather is an elective procedure, to allow the parents to bring him home to die. That is a completely understandable, nay, laudable, desire on their part, but it presents a different wrinkle to the situation than the usual futile care dispute. And let me emphasize: It wouldn’t be an issue if the hospital weren’t trying to force the baby off life support.

But the medical team has a point too. A tracheotomy is surgery. It requires anesthesia and can cause suffering. Once the ventilator was hooked up, if it wasn’t maintained properly, it could cause a very difficult time for the baby. So the question becomes whether the hospital/doctors, by refusing to perform the requested surgery, are fulfilling their ethical duty to do no harm to their patient. I am not a medical expert, and so don’t know the answer from that perspective. But it is a legitimate argument and a question for real concern.

Lawyers say bad facts make bad law. In this case, if a judge ordered the hospital/doctors to do the surgery, some would see it as a ruling that permitted patients to demand any treatment they wanted, regardless of the harm it could cause–which would undermine medical professionalism. But if the judge refused the request, some would misconstrue the ruling to say that it meant doctors have the final say on what treatments are or are not provided–which would open the door to futile care impositions and health care rationing.

As I said, the tracheotomy issue is distinct from continuing the life support in the hospital issue. So, I don’t want to be misinterpreted. All things being equal, all would want the baby to be allowed to go home. But things are rarely equal. That’s why this case requires nuanced analysis and discussion that distinguishes the tracheotomy issue from the continuing life-sustaining treatment in hospital issue. I suspect the parents are on stronger legal ground in the latter than the former.

This is an awful situation. Our best wishes to the entire family.