NHS Meltdown: As the Service Founders on the Financial Rocks, a Call to Legalize Assisted Suicide 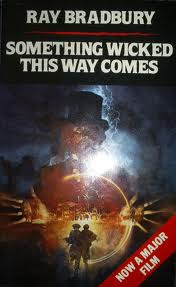 No “medical treatment” could be less expensive than assisted suicide. The drugs cost about $100. But treating patients properly so that they don’t want assisted suicide can take $100,000 or more. And that is why it is always alarming when people grappling with medical resource constraints issue a call for assisted suicide legalization — which has just happened in the UK. From the story:

The current law, under which helping someone commit suicide is illegal, is not fit for the 21st century, according to the West Midlands NHS Strategic Health Authority. Pauline Smith, the end of life care lead for the region, said it was “not good enough” that only those who could afford to travel to Dignitas suicide clinics in Switzerland were able to control their own deaths. Her comments will be seen as a boost for the right to die campaign, as West Midlands has become the first health authority to back calls for a change in the law to date.

It comes as the government’s clinical director for cancer services warned that many hospitals were failing to provide adequate care to the terminally ill because doctors were not “comfortable” talking about death with their patients.

What, modernity equals abandoning people with significant health difficulties when they fall into despair? Making matters worse, as I’ve repeatedly documented here, the NHS is losing the capacity to care properly for patients. Talk about hoisting the white flag! Let’s connect the dots, people.

And lest anyone think that money isn’t a big part of assisted suicide advocacy, let me quote Hemlock Society (now Compassion and Choices) co-founder Derek Humphry from his co-authored book Freedom to Die, where he writes on page 333-334:

A rational argument can be made for allowing PAS in order to offset the amount society and family spend on the ill, as long as it is the voluntary wish of the mentally competent terminally and incurable ill adult. There will likely come a time when PAS becomes a commonplace occurrence for individuals who want to die and feel it is the right thing to do by their loved ones. There is no contradicting the fact that since the largest medical expenses are incurred int he final days and weeks of life, the hastened demise of people with only a short time left would free resources for others. Hundreds of billions of dollars could benefit those patients who not only can be cured but who also want to live…

Whether one approves or not…American society is inching toward allowing the elderly and infirm to make choices about curtailing life. Economic necessitiy is forcing us to evaluate medical services in a cost effective manner…Elderly, or otherwise incurably ill people, are often aware of the burdens — financial and otherwise — of their care…Economic necessity is causing massive changes in the future content of health care, as well as how and when we die — changes that will continue to drive the right-to-die movement laregely because of its appeal to common sense…Economic reality is the main answer to the question, Why Now?

So, we are going to return to the bad old days of abandoning the elderly and disabled by the side of the road or on ice floes? Humphry says yes in the section quoted above that I had to abridge for space.

If we want to protect vulnerable patients who are expensive to care for, we must turn our backs on assisted suicide. Otherwise, the force of gravity will kick in and it will be open season. “Choice” could easily become social coercion, or even — as it has in the Netherlands — “termination without request or consent.”

Do not say we were not warned!