Dutch Euthanasia: General Practioners Do Most of the Killing 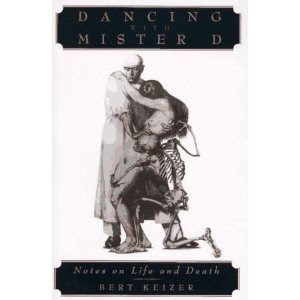 Bioedge linked to a story about how Dutch euthanasia statistics are going up — fast. Not surprising, but those statistics aren’t very useful in the end because doctors follow the law or don’t, report euthanasia or don’t: It doesn’t matter much since nothing meaningful is ever done when the laws are broken. As one study (Henk Jochemsen and John Keown, Journal of Medical Ethics, 1999; 25: 16-21) put it so aptly, Dutch euthanasia is “beyond effective control.” Everything else is just PR in the end. (For more details, see my 2006 testimony before a U.S. Senate Subcommittee investigating assisted suicide.)

But I thought this was interesting. Most people who ask for euthanasia have cancer and are administered death by drug overdose by general practitioners. From the story:

As BioEdge reported back in June, official notifications increased sharply in 2009, from from 2,331 in 2008 to 2,636 – a rise of 13%. In nearly all cases, the patient was suffering from cancer and died at home. The euthanasing doctor was nearly always a general practitioner.

What could this mean? Well, since the Dutch system of palliative care is stunted in comparison with other countries that don’t have euthanasia, it could mean that the patients did not receive the kind of medical care from a less expert in cancer care general practioner than might have been received by a cancer or palliative care expert. If true, the better care might have made them not want euthanasia, or at least have more accurate information about prognosis and outcomes when asking for a lethal overdose than a GP might provide. Indeed, a GP might be more pessimistic about the ability to control cancer symptoms, affecting her or her willingness to dispatch the patient.

Substantiation for this theory can be found in the awful book, Dancing with Mr. D., by Bert Keizer, a nursing home doctor. Keizer describes euthanizing a man tentatively diagnosed with lung cancer — without even waiting for the final diagnosis. And this is the part of the book that fried my brains! From my Forced Exit: Euthanasia, Assisted Suicide and the New Duty to Die:

One man he euthanizes probably has lung cancer but the diagnosis is never certain. A relative tells Keizer that the man wants to be given a lethal injection, a request later confirmed by the patient. Keizer quickly agrees to kill the man. Demonstrating the utter uselessness of “protective guidelines,” he never tells his patient about treatment options or how the pain and other symptoms of cancer can be palliated effectively. He never even checks to see if the man has been pressured into wanting a hastened death or is depressed. Keizer doesn’t even take the time to confirm the diagnosis with certainty. When a colleague asks, why rush, and points out that the man isn’t suffering terribly, Keizer snaps:

Is it for us to answer this question? All I know is that he wants to die more or less upright and that he doesn’t want to crawl to his grave the way a dog crawls howling to the side walk after he’s been hit by a car.

Keizer either doesn’t know or doesn’t care that with proper medical treatment, people with lung cancer do not have to die in such unmitigated agony. The next day, he lethally injects his patient, telling his colleagues as he walks to the man’s room to do the deed, “If anyone so much as whispers cortisone [a palliative agent] or ‘uncertain diagnosis,’ I’ll hit him.”

Cortisone, of course, is only a rudimentary form of treatment for cancer symptoms. There is much more available to help dying patients than that!

This is the sickening truth about Dutch euthanasia. It isn’t a last resort. It may be done even without the best forms of medicine being made available to the patient, or perhaps even discussed with him. Those countries that have not yet swallowed the hemlock ignore the reality of the Dutch experience at their own peril.