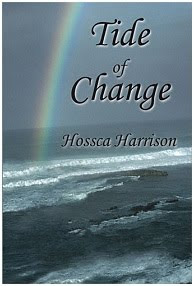 The always informative Michael Cook over at Bioedge notes that a former enthusiast and participant in ESCR has abandoned the field to pursue IPSCs. From the post:

Amongst scientists who promoted the use of human embryonic stem cells five years ago, in the middle of passionate debates in the US, Australia and elsewhere, few were more influential in shaping the ethical debate than Harvard’s George Q. Daley. “We must support the vitally important applications of embryonic stem cells to medical research,” he testified to a Congressional committee in 2005. He contended that work on hESCs was so important that it could not be delayed…

Now, he has transferred the same sense of urgency and excitement to an ethical non-controversial alternative to hESC research which he dismissed before the committee – induced pluripotent stem cells (iPS cells). At the time, he said, “Although this strategy is worth pursuing, it is extremely high-risk, and may take years to perfect, and may never work as well as nuclear transfer, which we know we can practice today.” However, in 2007 iPS cells were developed by Shinya Yamanaka. Professor Daley immediately stopped campaigning for hESCs. In an interview with Nature Medicine, he says, “Once Yamanaka solved the problem, I turned around virtually my entire program to take advantage of that breakthrough.”

As I always say, good ethics is also good science. Time will tell, but believe that IPSCs (or some other ethical approach to obtaining pluripotent stem cells), along with adult stem cells, will eventually provide almost every regenerative medical and research benefit we were once told could only come from ESCR/therapeutic cloning.