“Duty to Die” an Extension of Buy, Use, and Throw Away Consumer Culture? 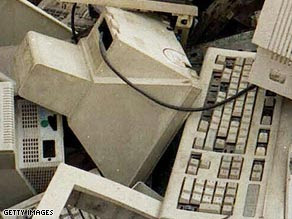 I am not a big fan of Thomas Sowell, but I think his most recent column is right on. It is about the purported “duty to die” that some are attempting to foist on society (rationing, futile care theory, etc.). He notes that the agenda isn’t embraced by the people on Main Street, but among the big brained in the intelligentsia. From his column:

One of the many fashionable notions that have caught on among some of the intelligentsia is that old people have “a duty to die,” rather than become a burden to others. This is more than just an idea discussed around a seminar table. Already the government-run medical system in Britain is restricting what medications or treatments it will authorize for the elderly. Moreover, it seems almost certain that similar attempts to contain runaway costs will lead to similar policies when American medical care is taken over by the government.

Make no mistake about it, letting old people die is a lot cheaper than spending the kind of money required to keep them alive and well. If a government-run medical system is going to save any serious amount of money, it is almost certain to do so by sacrificing the elderly.

That’s already happening in the UK under NICE, and in Canada and the UK, terminal cancer patients are sometimes denied life-extending cancer treatment because the several months of added life is deemed not worth the societal cost. I have noted repeatedly here that private health insurance companies would never be allowed to get away with such duty-to-die-sooner-rather-than-later thinking–but that could well change under Obamacare once government bureaucrats take over what will and will not be provided and to whom.

Sowell notes that other than the days in which indigenous people might have had no choice but to abandon the very sick and elderly, even those in severe poverty never believed their loved ones had a duty to die. But the elites have different values:

I only began to hear that kind of talk decades later, from highly educated people in an affluent age, when even most families living below the official poverty level owned a car or truck and had air-conditioning. It is today, in an age when homes have flat-panelled TVs, and most families eat in restaurants regularly or have pizzas and other meals delivered to their homes, that the elites– rather than the masses– have begun talking about “a duty to die.”

That’s an interesting point–and it also applies to euthanasia. We may be in danger of viewing ourselves and each other like products in a consumer culture in which we don’t fix our toys but throw them away. Sowell concludes:

Much of what is taught in our schools and colleges today seeks to break down traditional values, and replace them with more fancy and fashionable notions, of which “a duty to die” is just one. These efforts at changing values used to be called “values clarification,” though the name has had to be changed repeatedly over the years, as more and more parents caught on to what was going on and objected. The values that supposedly needed “clarification” had been clear enough to last for generations and nobody asked the schools and colleges for this “clarification.” Nor are we better people because of it.

Indeed. The duty to die and the euthanasia movements justify abandonment and sap true compassion, the root meaning of which is to “suffer with.”

Designer Babies Take Another Turn for the Worse