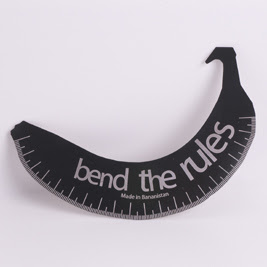 As I have repeatedly reported here and elsewhere, some bioethicists and others in the transplant community seek permission to harvest patients’ organs before they are dead. The latest example is in the Winter 2010 edition of Lahey Clinical Journal of Medical Ethics, in which Brown University transplant surgeon, Dr. Paul Morrissey, argues that to obtain more usable kidneys, organs should be taken from neurologically devastated patients without first withdrawing life support and waiting for death by cardiac arrest. From the article “Kidney Donation From Brain-Injured Patients Before a Declaration of Death:”

My proposed model uncouples organ donation from the donor’s death. The process begins as before with they identification of an individual with good renal function and with severe, irreversible brain injury with no hope for purposeful or prolonged existence. The family decides to withdraw care with the expectation of the patient’s imminent death. A DNR order is written. With the consent of the donor family, the patient is transported to the operating room for kidney recovery. Both kidneys are recovered in a controlled surgical procedure with vascular control, equivalent to bilateral nephrectomy in a neurologically intact patient. General anesthesia and standard analgesic care are administered, as would be given to a trauma victim with severe head injury undergoing surgery. The patient returns to the intensive care unit and end-of-life care is instituted, in a more relaxed time period without the requisite “rush” to the operating room following asystole. This protocol enables the family to grieve and spend time with the decedent after death.

Currently, a donor must first be declared dead, either by neurological criteria (brain death)–not the kind discussed here–or after removal of life support and cardiac arrest. This proposal would reverse the order, first take the kidneys, and then remove the life support, under the pretense of obeying the dead donor rule as the actual death could come after the kidneys were removed. But this sophistry: The patient couldn’t possibly live without kidneys, and many would die during the surgery.

Morrissey says these patients will die if life support is removed anyway. Indeed, he claims:

So in essence, what’s the harm? There’s plenty: Consent or no consent, there is harm in treating a patient like an object–both to the specific individual and society. Besides, plenty of patients considered for the heart death protocol didn’t become donors precisely because they didn’t die within an hour as expected. Moreover, according to a study published last year in the Journal of Intensive Care Medicine, as reported here:

There is a misconception that withdrawal of ventilatory and hemodynamic support will result in immediate or imminent death in the ICU. A survey of withdrawal of mechanical ventilation in the critically ill adults at 15 ICUs found that 21 of 166 patients (13%) survived to ICU discharge after withdrawal of life support.

Dr. Morrissey might respond by differentiating his proposal from the patients in this study, since he would select only the most imminently dying from devastating head injuries. Perhaps, but as this blog has abundantly demonstrated, standards slip. Besides, it is certainly conceivable that at least some patients whose kidneys were removed could possibly have otherwise survived withdrawal of mechanical ventilation.

Dr. Morrissey’s proposal would indeed, be killing for organs, even if the heart stopped after removing the organs. Moreover, once we walked through that door, the practice would only expand as a matter of simple logic. To maintain the people’s trust in transplant medicine and to prevent human beings from being used as mere harvestable resource, such proposals should be rejected at every turn.