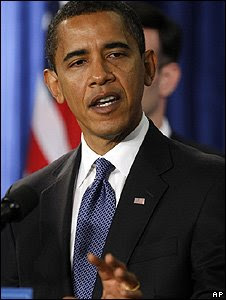 As we at the Human Future wait for the other shoe to drop, many in the U.S. and the world are anticipating the changes that Obama has promised to make.

This BBC piece quotes Obama as saying, “I will lift the current administration’s ban on federal funding of research on embryonic stem cell lines created after 9 August 2001.”

I am anticipating that under the Obama administration we will see a federal law passed which will allow “therapeutic” cloning to be funded.

Also, the Democratic controlled house and senate will help in the successful passage of legislation to expand federal funding of research using embryos and cloning technologies.

On Surrogacy, “Breeders?”, and TPR