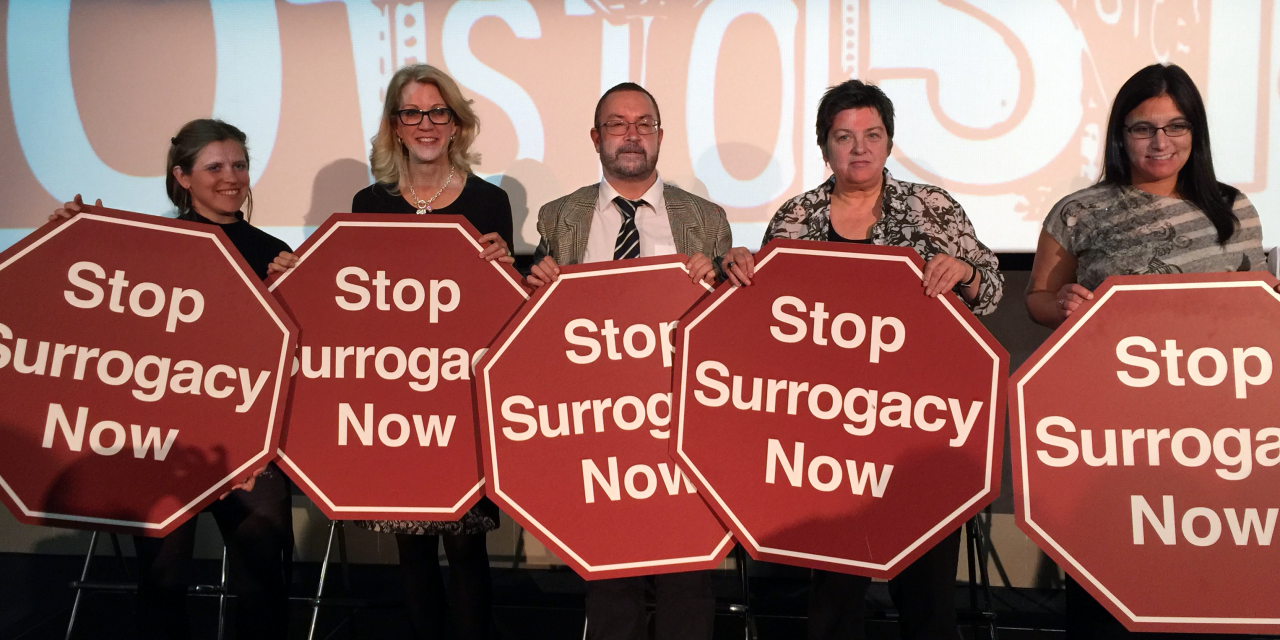 The European Women’s Lobby (EWL), an original, organizational signer of the Stop Surrogacy Now Statement, wrote up a summary of the #StopSurrogacyNow coalition visit to Spain. The visit took place April 25-27, 2017, and included Pierrette Pape, EWL Policy and Campaigns Director. We are grateful that they are allowing us to share this summary here.

[Madrid, 26 April 2017] An international panel of #StopSurrogacyNow campaigners were in Madrid this April, to meet with decision-makers and NGOs, and raise awareness on the need for a global abolition of the practice of surrogacy. Through a public event featuring the screening of the documentary Breeders: A Subclass of Women?, they shared their experience, vision, and recommendations with regards to this new form of commodification of women’s and children’s body. Together with EWL national coordination LEM, they also met with the newly formed Network against surrogacy (Red Estatal Contra El Alquiler de Vientres), gathering 100 organisations from all sectors of society (feminist, LGBT, disability, etc.) and which is campaigning against a surrogacy fair in Madrid through the organisation of a demonstration on 6 May. 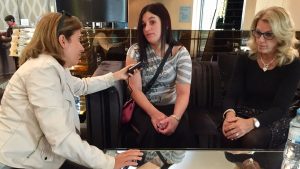 Kelly Martinez has been a surrogate three times, and shared her experience, especially with a Spanish couple who contracted her to carry twins. They paid extra money to ensure that she would deliver a girl and a boy (asking for transfer of two embryos selected according to the sex of the future baby). When they got to learn that only the ‘boy embryo’ developed and would even deliver twin boys, they got upset and put Kelly under so much pressure that she developed pre-eclampsia. They still picked the babies once they were born, but did not pay the bills they were supposed to, as the US contract did not foresee accountability from the buyers. Kelly’s story, not an exception in the US, shows the reality of surrogacy: a business where the consumer mentality leads to consider women as vessels and children as products. “If I had known, I would not have done it. I’m against surrogacy for the harm it does to women surrogates and the children born from it”. 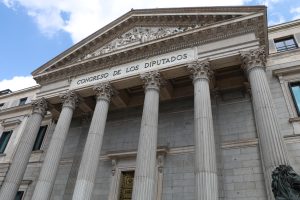 Spain is one of the ten EU countries legally prohibiting all forms of surrogacy. As the liberal party Ciudadanos has decided to put forward a law to legalise altruistic surrogacy, all national and regional political parties are discussing internally the issue. The conservative party (PP), the socialist workers’ party (PSOE), and the left party (Podemos), have an official position against surrogacy. While everyone agrees to prohibit commercial surrogacy, altruistic surrogacy is being put forward as a solution for couples (hetero and gays) who cannot have children.

Gary Powell, an LGBTI campaigner and local conservative decision-maker, explained to Spanish MPs how altruistic surrogacy works in the United Kingdom: compensation is allowed (and anyway necessary to compensate for the medical cost) and can amount up to 15,000 euro. “15,000 euros for 9 months is the equivalent of a salary!” There is no UK body in charge of regulating surrogacy, and there hasn’t be a single case of prosecution when commercial surrogacy has been used by UK couples outside the UK. “Legalising the practice of so-called altruistic surrogacy opens the door to commercial surrogacy. It sends a clear message to society: surrogacy is OK, and therefore couples are going to look for the best way to acquire a baby, often going abroad where constraints are lower, choices higher (for eggs and surrogates), and sanctions inexistent”. In the State of New York (USA), the authorities are considering allowing commercial surrogacy in order to meet the demand for altruistic surrogacy . . .

As an LGBTI activist, Gary Powell campaigns for real equality and for sexual rights, but believes that “there is no universal right to be parents”, therefore being on the same line as the Spanish LGBTI activist Raul Solis (https://www.paralelo36andalucia.com/los-vientres-de-alquiler-la-cara-mas-brutal-del-gaypitalismo/). The Spanish anti-surrogacy activists also question the underlying values which support the growing trend to see a personal desire being transformed into a right or even a freedom. “Surrogacy is not a personal issue, it is a societal and political issue. The overwhelming majority of surrogate women are from poor countries, or in a situation of vulnerability for various reasons (one obvious being economic inequality). It is the duty of decision-makers, and of all of us, to protect the most vulnerable ones and to design a legal framework that ensure that women’s bodies are not at the disposal of others, through money or through a contract regulating their life for 9 months”, said Pierrette Pape, EWL Policy and Campaigns Director.

Jennifer Lahl, the founder of the Center for Bioethics and Culture and the initiator of the global #StopSurrogacyNow campaign, called on Spanish decision-makers to be aware of the detrimental impact of surrogacy on women in the US, who are contracted for European couples. Not only does the practice imply health risks for the women, but it also has consequences on the babies, in terms of health and filiation. Julie Bindel, a feminist campaigner who has been doing undercover investigations in India and Cambodia, reports how the practice is profiting agencies while making the most of the poverty and illiteracy of women in India. “Women are presented as commodities, nameless and faceless”. As surrogacy tourism has been increasing in the last years, some countries have closed the market to foreigners (like India), “but the agency said that my Indian friend could be the official parent and could give me the baby afterwards”, reveals Julie about the reality of the business.

“What image does Spain want to give to other countries? What society does Spain want to be?”, asked Matthew Eppinette, Executive Director of the Center. Beyond acknowledging and sympathizing with the distress that some couples can experience when they cannot have children, the debate needs to be about each and everyone’s accountability with regards to a global phenomenon impacting all women. The European Parliament, in its 2015 annual resolution on human rights, stated it opposition to surrogacy, a practice which uses women’s body and reproductive functions are commodities, especially from the most vulnerable. “The practice, which is driven by profit, needs to be prohibited and examined in the light of human rights”. While women’s bodies have been a battlefield for centuries, with attacks on their right to decide if and when to have a family, surrogacy is a new form of backlash which needs our global solidarity to be abolishes. More than 6,000 individuals and organisations worldwide have signed the #StopSurrogacyNow statement. 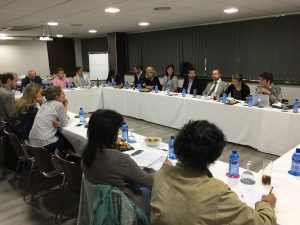 The #StopSurrogacyNow campaigners met with:

Watch here the video of the public event:

Real Grownups Know No One Has the Right to a Child