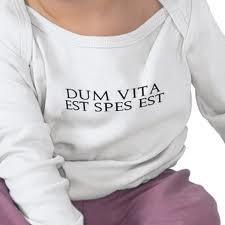 I predicted this in my annual prognistication: Unless something drastic happens, Vermont’s assisted suicide bill has been killed in committee. Good riddance, says I.

Interestingly, the Lieutenant Governor, who would break a tie vote in the Vermont Senate, pushed legalizing doctor-prescribed death when in that legislative body, has since changed his mind — and for a reason that I think receives far too little play in “death with dignity”-infatuated media. From the WPTZ story:

[Lt. Governor Phil] Scott supported “right to die” bill when it was last before lawmakers in 2004. He was even a co-sponsor. No longer. “I’ve changed my thinking a bit,” Scott told NewsChannel Five, and then quietly shares a family story. His late father, Howard, served in World War Two and was severely injured in the June, 1944 invasion at Normandy. Both is his legs had to be amputated. Howard was transferred to Walter Reed Army Medical Center outside Washington. “During that time he contracted hepatitis, the prognosis wasn’t good,” said Scott. “In fact, one of the Western Union messages I’ve since read) said ‘It doesn’t look good for Howard.’ They urged my Gram to come to Washington to see him. They didn’t think he was going to make it.”

Scott has thought a lot about all that might have been different had his Dad utilized the option now before the state Legislature. “I thought about his life and all he’d done and all the pain and suffering he must have gone through during that period of time and had they asked him at that point, ‘Do you want to end your life?’ You know I am not sure what he would have done but had he done so, of course, the result is evident. I wouldn’t be here now.” Howard Scott recovered and returned home to Barre to raise a family. He died in 1969 when Phil was 11. The lieutenant governor said he has “firmly made up his mind” to vote ‘no’ on the end of life bill should he have the chance.

I have heard and witnessed many such stories. For example, my first hospice patient wanted to die right away when I first met him, and would have surely taken the pills if they could have been prescribed, he was so distraught at being a burden. Yet, a few months later he was kicked out of hospice because his condition improved. The last patient I helped as a hospice volunteer died of ALS. He told me that had he been able to get to Kevorkian, he would have. Later, he was so glad to be alive. Another friend of mine with lung cancer spread to the brain was given three months to live — twelve years ago — and he’s still going strong.

Assisted suicide doesn’t just kill bodies, it destroys all hope. And in a world in which assisted suicide was legal and relatively routine, at least some would die, never knowing they would have lived — as the assisted suicide pushers patted themselves on the back for their supposed compassion. Bah!