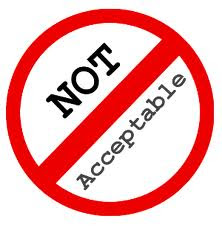 I have a piece in the Daily Caller describing another in a long series of articles in professional journals arguing that it should be acceptable to kill for organs. From “The Killing-for-Organs Pushers:”

If you want to see where our culture may next go off the rails, read professional journals. There, in often eye-crossing and passive arcane prose of the medical intelligentsia, you will discover an astonishing level of antipathy to the sanctity of human life — to the point now that some advocate killing the profoundly disabled for their organs.

In this example, the method of getting from A to Z is to deconstruct the wrongness of killing:

Case in point: “What Makes Killing Wrong?” an article published in the January 19, 2012 edition of the Journal of Medical Ethics. The authors argue that death and total disability are morally indistinguishable, and therefore harvesting organs from living disabled patients is not morally wrong. Bioethicists Walter Sinnott-Armstrong, of Duke University, and Franklin G. Miller, from the National Institutes of Health’s Department of Bioethics (which should really get the alarm bells ringing!) arrive at their shocking (for most of us) conclusion by claiming that murdering the hypothetical “Betty” isn’t wrong because it kills her, but rather, because it “makes her unable to do anything, including walking, talking, and even thinking and feeling.”

They then change the scenario:

…Betty is not killed but severely brain damaged to the point that she is “totally disabled.” But their definition of that term encompasses hundreds of thousands of living Americans who are our mothers, fathers, children, aunts and siblings, uncles, friends and cousins — people with profound disabilities like that experienced by Terri Schiavo and my late Uncle Bruno as he lived through the late stages of his Alzheimer’s disease:

Betty has mental states, at least intermittently and temporarily, so she is not dead by any standard or plausible criterion. Still, she is universally disabled because she has no control over anything that goes on in her body or mind.

That definition, in which the patient has a mental state, is the key, because at the end of the article, the authors apply their theory to patients who are today considered legally dead (but which they claim, wrongly in my view, are really alive), which has the effect of muddying the waters. But their definition of universal or total disability would encompass people who are today, legally alive, and they believe it is not wrong to kill them because they are not thereby harmed:

…according to the authors, “there is nothing bad about death or killing other than disability or disabling,” and since she is already so debilitated, then nothing wrong is done by harvesting her organs and thus ending her biological existence. And thus, in the space of not quite five pages, killing the innocent ceases to be wrong and the intrinsic dignity of human life is thrown out the window, transforming vulnerable human beings into objectified and exploitable human resources.

I also quote a litany of other articles calling in different ways for opening the door to killing the profoundly disabled for organs. I conclude:

It is important to note here that transplant medicine remains an ethical enterprise and that doctors are not yet doing the deed. But if we want to keep it that way, it is important that these proposals not be allowed to germinate. Here’s the good news. Sunlight is the great disinfectant. Most people will oppose killing for organs. Thus, the best way to prevent this dark agenda from ever becoming the legal public policy is to expose it in popular media every time it is proposed.

Hence, I will continue to do my best to bring every one of these articles out of the shadows of academia/arcane journals and into the light of day.