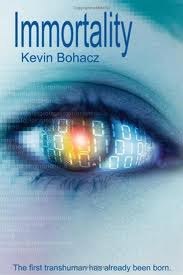 The Canadian (conservative) bioethicist Margaret Summervile has a good piece on the problems with transhumanism, the futurist movement that presumes to “seize control” of human evolution to create a “post human species.” She hits some points I have repeatedly made — e.g., transhumanism is actually a materialist religion in that it seeks transcendence and embraces an eschatological belief in immortality. But she also included in her critique some concerns I haven’t considered. From “Transhumanism: The Danger of Creating Humanity 2.0:”

Because we all have a natural fear of death and annihilation, immortality is a very attractive concept. But would the new immortal “techno me” or “techno you” — our brain contents downloaded onto a computer or robot — truly be us, or just a machine? I believe we would be the latter. And that brings to mind the concept of “genetic reductionism” — the belief that we are nothing more than gene machines or “genes-R-us” — which I also reject.

Agreed. I had a small public spat with Peter Singer about this point. He claimed AI-capable robots could one day become “persons.” I said no. They would still merely be programmed machines, e.g. not alive. I think being “alive” is a threshold test for humans attributing individual interests to anything. Hence, as exceptional humans, we owe it to mice not to tear off their limbs for fun. We would owe no such duties to a robot itself (as opposed to respecting the property rights of the human that might own the robot).

Let me be clear. There is an enormous amount of good that can be achieved with our new technoscience, especially regenerative medicine. The issue is where we draw the line between ethical and unethical use of it. One approach I find helpful is to ask whether we are using it to repair nature when it fails or to do something that is impossible in nature. The former usually raises far fewer ethical concerns than the latter, although, of course, it’s not the only relevant question in deciding on ethics. However, as I know from personal experience and criticism when I’ve used this approach, “transhumanists see the very concept of the specifically ‘natural’ as problematically nebulous at best, and an obstacle to progress at worst,” and “the natural” as having no inherent moral value.

Agreed again. Ironically, the materialists are in rebellion against evolution, which is a genius (whether designed or not) trial and error system of promoting diversity and survivability. In this regard, we don’t have the wisdom for transhumanism, even if it could be accomplished technologically. We are, after all, the species that created the “unsinkable” Titanic.

Another distinction that might help to distinguish ethical technoscience interventions from unethical ones is whether the intervention affects the intrinsic being or essence of a person — for instance, their sense of self or consciousness — or is external to that. The former, I propose, are always unethical, the latter may not be. 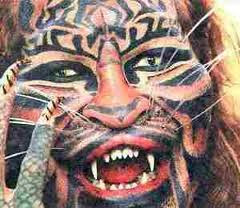 Right. And this is particularly true if it affects subsequent generations. I don’t care that “Catman” destroyed his natural appearance to look feline. But he has no right to create progeny with whiskers and a tail.

Which leads to a related issue at a much more general level: transhumanists do not accept that there is any “essential natural essence to being human” that must be respected, an essence that I believe we must hold on trust, untampered with, for future generations. It is difficult to define what constitutes this essence, without referring to a soul or at least a “human spirit” — the latter of which does not require any religious belief, but does require that we see ourselves as more than just machines. The fact that at least a large majority of transhumanists are atheists and they do see humans as machines might explain, in part, why they believe no such respect is required.

In this regard, some transhumanists laughably call themselves Buddhists, or at least, see themselves as somehow in the Buddhist tradition. But the two religions are mirror opposites. Sure, Buddhism is non theistic. But it denies the reality of the material world as an “illusion.” Transhumanists desperately cling to materiality as all there is.

Sommerville decries the denial by transhumanists of human exceptionalism, a point I also have repeatedly made. And then she gets into “neuroethics,” an area I have rarely engaged:

Transhumanists argue post-humans will be more ethical and moral than present humans, that wars and conflicts will cease, and so on. Consequently, one of their special concerns is how to ensure people in all socioeconomic classes and countries will have access to human enhancement technologies. But, leaving aside the reality that even such laudatory ends do not justify unethical means, other possibilities are not so benign. They include mind control, loss of the basis for both free will and the liberty and equality of all people (a person designed by another is not free to become her authentic self, which is the essence of freedom, and not equal to the designer), or creating fearless soldiers, who are devoid of the human moral intuition that it’s wrong to kill another human, and so on.

She closes with a sly hit on most transhumanists’ nerdy-male unattractiveness to women. That seems a bit below the belt, but I wouldn’t know.