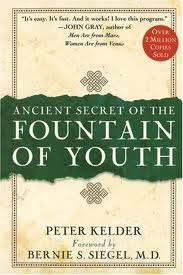 As I have written here previously, the arrogantly managed and wildly expensive California Institute For Regenerative Medicine will be up for renewal in 2014. Its leaders want the voters in California — already hopelessly behind the deficit 8-ball and drowning in bond debt — to re-up for another debit card worth $3 billion, which will add up to another $6 or $7 billion when interest is included.

The first round, CIRM’s creators had the hated George W. Bush to kick around. Californians thought that was worth billions, and they were offered lower medical outlays from all the cures that were coming, too. We’re still waiting. But with W happily retired and keeping quiet, his wallet fatter after about 3 million in book sales, the raw hatred for him now out of the red zone, and his modest embryonic stem cell research funding restrictions mostly liberated, the CIRM will have a harder time the second go around.

So, how to convince broke people to give up more of the little they retain? The old immortality gambit, with stem cells as the fountain of youth. From the SF Chronicle front page story,“Stems Cells a New Front in Fight Against Aging (Link behind pay wall, will work 6/19):

The first Baby Boomers turn 65 this year, and as their bodies slow down and the setbacks of old age begin to take a toll, they’re expected to put a major strain on the U.S. health care system. Doctors are pushing hard for new treatments, if not outright cures, to everything. from heart failure and Alzheimer’s disease to strokes and broken hips. Stem cells might just be a catchall answer, scientists say.

There’s some of the usual talk about the cures, with a tilt in favor of embryonic stem cells, and the potential for adding perhaps centuries to our longevity. Then, there is this:

Even if stem cells don’t add decades to human life, they might give people many more productive years in their 70s, 80s and beyond, Rando and other scientists say. “With aging, there are a lot of systems that start to become less efficient or break down or be more inclined to diseases. We may work out ways to provide stem cells that would enable people to remain vigorous,” said Alan Trounson, president of the California Institute for Regenerative Medicine. Rando was one of the first to prove that older stem cells may be just as viable as their younger counterparts, as long as they’re in the right environment.

There was no real news here. It was puffery, a sales job on the coming glories of stem cells, a pretty naked attempt to keep the buzz going. Nothing we haven’t heard before, really. Same old promises told from a slightly different angle. That’s all.

But this didn’t just happen to land in the paper. I suspect that the CIRM and its supporters are gearing up for a very expensive — pull out all the stops — PR drive to resell stem cells as the cure all, as the once Golden State turns to pyrite. Since they don’t have any real cures to point to, they plan to seduce with vaguely timed promises that stem cells will allow us to run marathons when we are eighty and make love at 90 like we were 25 and hormonal — the old quest for a fountain of youth updated for the scientific age.

What People Are Saying About CBC