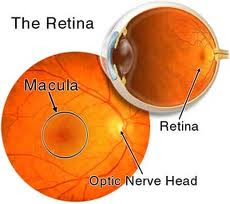 Japanese scientists have used ES cells to grow a primordial retina. From the story:

The team from the Institute of Physical and Chemical Research in Japan, first cultivated embryonic stem cells in a test tube and then added proteins to trigger them into developing. They hoped that they would form a recognisable organ but were still stunned when over 10 days they clustered together and began to grow the “optical cup” of a retina. Tests showed that the cells were functioning normally and were capable of communicating with each other.

It is striking that the scientists didn’t know what they would get, if anything, when they added the protein. So much to learn. This is one reason why animal research is so important. It provides basic biological knowledge that can then be used to develop a more a sophisticated understanding and enable applied undertakings.

The same could be said of human ESC, of course, which is why those who claim it has no scientific merit are off base. But that is beside the point. ESCR isn’t a science dispute but a controversy over ethics. Let’s try and use this knowledge in human IPS cells and see what happens.

Oregon Hospices Right Not to Cooperate With Assisted Suicide