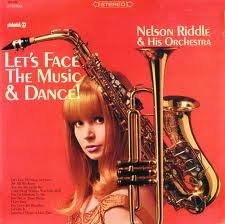 I recently did a radio debate with a FEN representative, who told the audience he was confident the Georgia case against his pals would be dismissed. It didn’t happen. From the story:

A Forsyth County Superior Court judge has denied motions filed by attorneys challenging the constitutionality of the assisted suicide charge their clients face. Judge David L. Dickinson released his decision Wednesday after considering arguments made in a Dec. 10 hearing. At that time, defense attorneys contented that state law does not prohibit suicide or the assistance of it, but violates free speech. They also filed motions to have the case dismissed.

The defendants – Thomas Goodwin, Claire Blehr, Nicholas Sheridan and Lawrence Egbert – are members of the Marietta-based right to die organization, Final Exit Network Inc. They were indicted in March 2010 on one count each of offering to assist in the commission of suicide, tampering with evidence and violation of the Racketeer Influenced and Corrupt Organizations, or RICO, Act. The charges stem from the June 20, 2008, assisted suicide of 58-year-old Thomas Celmer of Jasmine Court. Celmer’s death was ruled a homicide, with the cause listed as asphyxia suffocation as a result of inhaling helium. A 29-page affidavit shows that Celmer at one time suffered from cancer but was free of the disease at the time of his death.

Here’s my post on the original arrest. Note, the decedent wasn’t terminally ill, but we could end up like the Final Exit Network ‘counselors’ trial in Phoenix involving the death of a mentally ill woman, with the jury left ignorant about that fact. Note also that Defendant Goodwin is current president of the World Federation of Right to Die Societies, which tells you where the main thrust of the movement is directed.

World Day Against Trafficking in Persons

What People Are Saying About CBC