There’s something wrong with this picture: A pilot program has started in NYC that will have organ collectors go to the homes of people who just died of a heart attack to collect the body and harvest kidneys. The motive is to increase the number of transplantable organs. But the approach seems non workable to me — and there is more to the program than meets the eye. From the story:

A team of organ specialists will have about 20-minutes after a cardiac-arrest patient is declared dead to arrive at the home, check a donor registry, determine medical eligibility, obtain a family member’s consent and get the person into a specialized ambulance. A special team will monitor 9-1-1 calls about people in danger of dying and they will travel directly to a person’s home without being summoned . . . 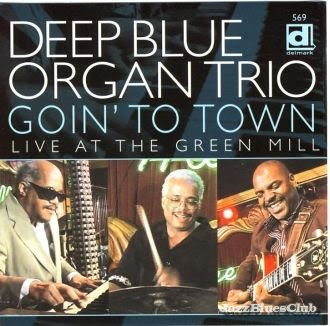 The pilot program team has been told they have 50 minutes from the time a person’s heart stops beating to the time his or her body must be placed in the ambulance and hooked up to a machine that creates blood circulation. Once at Bellevue, another machine will increase body oxygen. Only residents of the island of Manhattan who are between 18 and 59 will be eligible for the pilot program.

Wait a minute! Can you imagine, you’re grieving the news from the ER team that your young husband — who 20 minutes ago keeled while over eating breakfast cereal — is dead. And then a knock on the door and uninvited strangers come in telling you they want his body to harvest the organs? Good grief. Moreover, one may suspect a cardiac arrest, but only an autopsy can tell for sure. Then there is Manhattan’s traffic! It can take twenty minutes just to drive from 33rd to 45th, not to mention the minutes of CPR that will have been done before a death declaration. I can’t see it.

So what’s the real story? We’ll get there step-by-step. First, catch this note:

The program is being launched Wednesday. It could eventually lead to thousands more organs donated each year. But the five-month trial, a collaboration between Bellevue Hospital and New York City’s police and fire departments, could be declared a success without a single organ being recovered, organizers say.

The logistics are so difficult, the potential legalities and potential to be sued so pronounced, that I think the latter scenario is far more likely than the former. So, how could it be a “success” if no organs are procured? PR potentially — although I think it far more likely to be negative considering the intrusiveness of the plan.

Now, let’s note the hint about what is really going on:

Similar programs are already in place in France and Spain, where there are fewer barriers because people in those countries are considered organ donors unless they opt out.

Okay — that shows the hand being played. The real goal with this program is to move toward presumed consent. We will be told that organs would have been harvested — but for family intransigence or no donor card.

I am a big supporter of organ donation and am one on my driver’s license. But the key word is donation. I reject the notion that society owns our bodies. Organ donation should not become organ conscription. Moreover, if we ever go down the presumed consent road, as I have written, it would destroy faith in intensive care medicine generally, and the organ system specifically.

It also seems to me that the “organ wagon” is another way to increase government intrusiveness. Mayor Bloomberg is the king of ever-encroaching government power — but that is a story for a different blog.

Made to Order Embryo Commodities Market

Why Not Assisted Suicide for the Grieving?