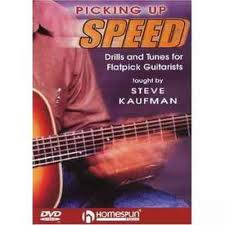 Scientists have used a modified version of the induced pluripotent stem cell process to create blood cells out of skin cells — without going through the pluripotent stage. This could be big. From the story:

Mick Bhatia, scientific director of McMaster’s Stem Cell and Cancer Research Institute in the Michael G. DeGroote School of Medicine, and his team of researchers have also shown that the conversion is direct. Making blood from skin does not require the middle step of changing a skin stem cell into a pluripotent stem cell that could make many other types of human cells, then turning it into a blood stem cell. “We have shown this works using human skin. We know how it works and believe we can even improve on the process,” said Bhatia. “We’ll now go on to work on developing other types of human cell types from skin, as we already have encouraging evidence.” The discovery was replicated several times over two years using human skin from both young and old people to prove it works for any age of person.

This breakthrough could do away with need for bone marrow donations in blood diseases:

“The pioneering findings published today are the first to demonstrate that human skin cells can be directly converted into blood cells, via a programming process that bypasses the pluripotent stage. Producing blood from a patient’s own skin cells, has the potential of making bone marrow transplant HLA matching and paucity of donors a thing of the past.”

And so much — yet again — for embryonic stem cells being the “only hope:”

“Bhatia’s approach detours around the pluripotent stem cell stage and thus avoids many safety issues, increases efficiency, and also has the major benefit of producing adult-type l blood cells instead of fetal blood cells, a major advantage compared to the thus far disappointing attempts to produce blood cells from human ESCs or IPSCs.”

This is great. Many of the best scientists are now doing ethical work without creating or destroying embryos in the process. And no need to clone to avoid tissue rejection. The field is really picking up speed. Celebrate good science and good ethics.

THE SCIENTISTS to Public: Give Us Your $ and Butt Out!

Science is a wonderful thing, but we need to be patient. False promises do not help