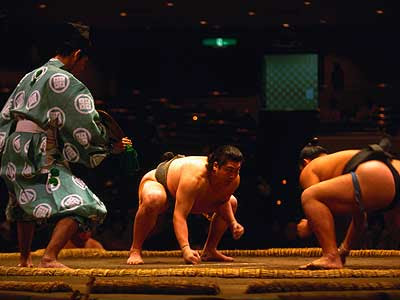 The assisted suicide advocacy organization, Compassion and Choices, clearly opposes the right of medical professionals to refuse to participate–or be complicit in–the intentional taking of human life. This issue is going to be one of the biggest in bioethics in the coming decade, so it is worth looking at what the forced participation crowd are saying.

C & C’s head lawyer, Kathryn Tucker, recently published an article ludicrously entitled, “The Campaign to Deny Terminally Ill Patients Information and Choices at the End of Life,” in the Journal of Legal Medicine (30:495-514 , no link). Most of it is the same nonsense C & C usually shovels about the Catholic Church–which is perfectly able to defend itself–and other assorted diatribes against conservative opponents. Then, she warns about a new Boogie Man, the so-called “medical right:”

Medical Right organizations are delving ever more deeply into activism, policy promotion, and politics. They are expanding the range of issues they work on, forming new organizations, and consciously taking front and center roles in media and legal debates. The RCRC Report points out that the Medical Right has created a virtual “shadow medical establishment.” Unlike professional societies that represent physicians and other health care providers, medical schools, and teaching hospitals, most of the Medical Right groups are relatively unknown because they act outside of the normal channels of medical policy and practice.

I beg your pardon? The American Medical Association opposes legalizing assisted suicide. So does nearly every state medical association and most international medical groups. On this issues the Medical Establishment-establishment is against Tucker’s ideology, as well as any supposed shadow establishment, by which she presumably means great groups like Physicians for Compassionate Care.

She continues to perpetuate the Oregon Myth, which we won’t belabor here. But the heart of the matter is an attack on medical conscience:

The Medical Right introduces and supports legislation and other policy initiatives that would protect health care providers from liability for refusing to inform patients about, provide, or pay for services the facility or individual providers object to on religious, moral, or personal grounds…Such measures would establish a right for all health care institutions (hospitals, insurers, and pharmacies) and other providers to refuse to inform patients about, refer patients for, or provide or pay for any end-of-life care to which the providers have a religious, moral, or ethical objection. In the end-of-life care context, this might include refusing to inform a patient about the right to refuse or direct the withdrawal of life-prolonging interventions, such as a feeding tube or ventilator; voluntarily stop eating and drinking, and obtain comfort care in the interim until death arrives; have aggressive pain management, including palliative sedation if conventional pain management is not effective; and, in Oregon and Washington, to seek a prescription for medication that the patient could self-administer to bring about a peaceful death.

I don’t know any group that would seek to deny patients information about medical treatments such as aggressive pain control. But many would–and should–refuse to participate in any way in the intentional taking of human life–which until relatively recently, was the ethical requirement of all doctors under the Hippocratic Oath. What is also interesting is that conscience clauses were put in by assisted suicide advocates to induce the people to pass assisted suicide in Oregon and Washington. Of course, that was always an expedient political tactic, not a principled position.

So, the conscience battle is being joined. Tucker and her allies want doctors forced to commit assisted suicide or refer to a doctor they know will. They want pharmacists forced to dispense lethal prescriptions. I disagree profoundly. I have written extensively about how I think conscience clauses should work, so we won’t repeat that here. But this much is sure: At stake literally is the right of medical professionals who believe in Hippocratic values and the equality/sanctity of human life to remain in medicine.