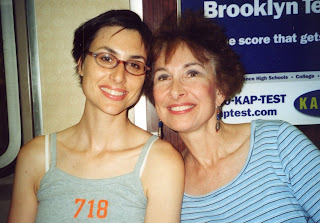 Many who follow my writings know that I have been working hard here in the U.S. to establish a federal registry that would track and follow up on every egg donor/egg donation in the country. The way I propose this registry, would be written broadly in order to capture not only egg donors, but also women undergoing ovarian hyperstimulation for their own fertility treatments. The process is the same, so the risks to women in general are shared. Makes no difference where they eggs end up once the ovarian hyperstimulation and egg retrieval is done.

Calla Papademas is a good example of an egg donor who appears no where in the medical literature. This practice should not be allowed to continue! It is reckless and does not treat women as patients, but egg factories.

My colleague, Dr. Jennifer Schneider, lost her daughter, Jessica Wing to colon cancer after selling her eggs three times. Her life and death are making the local news in Arizona papers today (sorry you have to free subscribe to read the articles). Here are some quotes and a picture of Jessica with her mother.

“We really don’t know the long-term risks,” said Dr. Jennifer Schneider, who practices internal medicine. These young women may take that as meaning there are no risks. Young women think they are invulnerable. But my daughter was like that, too, and at 31 she was gone.

Schneider’s daughter, Jessica Grace Wing, a composer and filmmaker, died of colon cancer in 2003, two years after she was diagnosed with tumors in her colon and both ovaries.”
“Wing had donated her eggs three times, beginning when she was a student at Stanford University.Her mother fears the egg donations may be linked to the cancer.
Wing’s family has no history of any early cancer or colon cancer. Her grandfather died of non-colon cancer, but he was 85.A DNA tissue analysis performed after Wing’s death showed no genetic mutations that would have predisposed her to developing cancer, her mother says”

About an Unwanted Boy